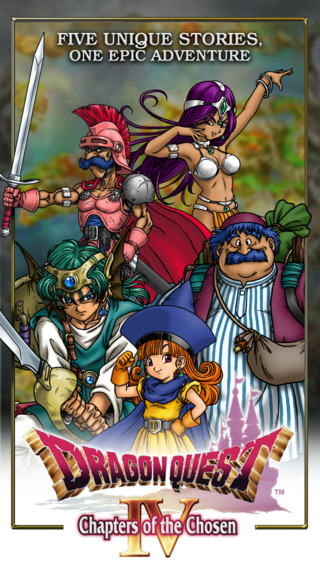 The classic role playing game Dragon Quest IV: Chapters Of The Chosen, the fourth main entry of the Dragon Quest series, is now available for a reduced price on the App Store.

The Square Enix role playing game can now be purchased for only $9.99 instead of $14.99, with a 33% off the full price. This deal is going to be available for a limited time only so make sure to take advantage of it as soon as possible if you’re looking for an excellent role playing game to play on the go.

Dragon Quest IV: Chapters Of The Chosen is now available for purchase on the App Store.