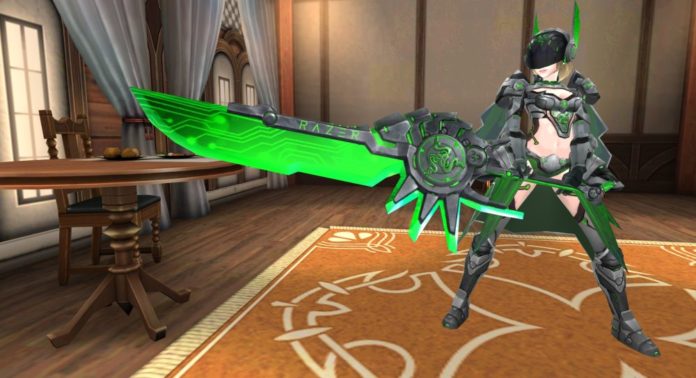 When it comes to cool looking equipment, goGame’s Dragon Project has you spoilt for choice. You’ve got exoskeletal battlesuits, coats of arms on steroids, ornate and gravity defying headwear, swords as big as you are – everything you come to expect in a mobile MMORPG. But, whilst you may have settled on a favourite set already, you might want to reconsider.

Gaming hardware company Razer has joined forces with goGame to create a war-worthy set of armour and weapons boasting suped-up stats. The bundle includes a Dual Blade, Great Sword, Body Armour, Leggings, Arm Guard and Helmet – all given sci-fi stylings with brushed metal and circuit-board-green touches. Don the whole lot and you’ll be immune to poison, have up to 72% extra Heat Gauge speed and be capable of up to 180% more damage against Earth elements. That’s enough to make you feel (and look) superhuman. 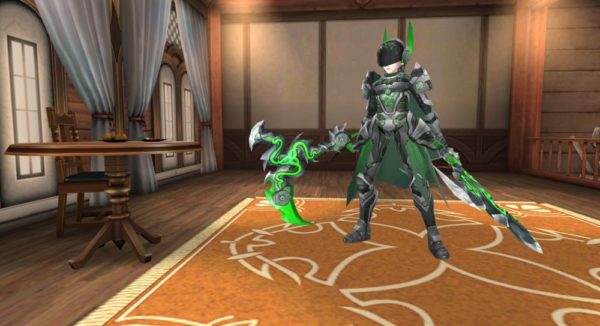 Both swords in Razer’s arsenal feature distinct special moves to master. Razer’s Dual Blade is capable of OverDrive – a stat booster which bumps up your damage, dodge distance and movement speed. Meanwhile, the Great Sword includes Pulverise Combo, a special attack that can be triggered twice after a recharge cleave. Whichever you wield in battle, you should be able to send the behemoths running scared.

On top of that, players that make purchases using zGold (Razer’s digital currency) from May 11th until May 31st will also receive special bonus gems, which offer a 72% discount over regular gem packages.

To get your hands on this exclusive gear, you’ll need to spend US$9 on Razer’s purchasing platform zVault. But be quick – it’s only available until 31 May. If you’re yet to join the monster-hunting fray, download Dragon Project for free from Google Play and the App Store. Then suit up and boot up in Razer’s futuristic garb. 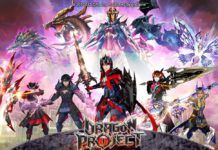 Team Up with Some Friends and Start Hunting in Dragon Project