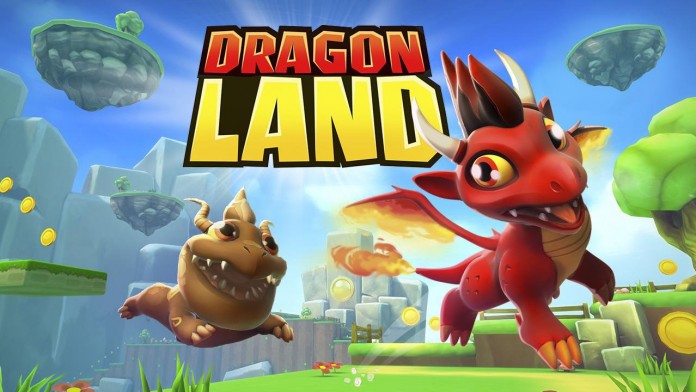 Welcome to Dragon Land! Dragon Land is a colorful and bright 3D platformer. You play as Blaze the Dragon in his quest to rescue his friends from an evil new threat! As you free your friends, you’ll unlock new abilities to traverse the various levels. We’ll help you find your friends with our Dragon Land cheats, tips and tricks strategy guide!

If you find a small group of enemies packed together, try jumping on all of them without landing. If you manage to do it, you’ll gain a combo bonus that increases the amount of coins you get from defeating them. Keep an eye out for large groups of enemies and try to get them all in one sweep! Do note that your double jump is refreshed every time you stomp on an enemy, so use that if you need to reposition yourself!

Don’t rush through the levels! Take your time and explore. In the first world, each level will have a gem for you to find. Gems are the premium currency of this game. From the second world onward, levels will start having crystals in them. You have to really go out of your way to find these, as they’re usually tucked away off the beaten path. You can also find keys that will open secrets for you later in the world!

Coins can be spent to upgrade your dragons, which increases their stomping power and maximum health. Each level has a recommend health amount, and if you attempt to play the level without reaching it, it’ll warn you. You can continue to play the level however. Eventually though, the game will stop you until you’ve sufficiently upgraded your dragon. There’s nothing to spend coins on except for leveling up, so there’s no point to holding onto coins. Remember though that your dragons get experience when you beat a level with them!

4. Do the golden quests!

After you’ve completed the first two levels of world 2, you’ll unlock quests. These are bonus levels that disappear once completed and reappear after a certain amount of time has passed. These levels are short, mini levels that have a bunch of coins in them. On top of that, finishing a quest level will reward you with another bunch of coins. You should try to do these whenever they’re up!

Crystals can be spent on the gifts shrine. There are two shrines, a normal one and a super one that can only be spent with crystals. You can’t spend your crystals on anything else, so don’t worry about saving them. These shrines will grant you potions, coins, and other goodies. Spend your crystals!

That’s all for Dragon Land. If you have any other tips or tricks to share, leave a comment below!