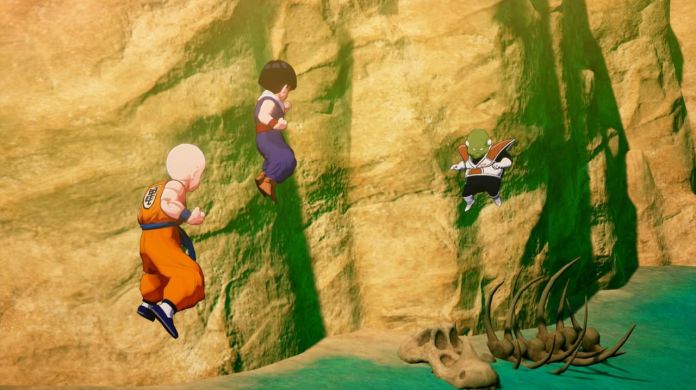 While Frieza’s henchmen are all dangerous in their own right in Dragon Ball Z Kakarot, the Ginyu Force is definitely a step above them. All members of the Force are extremely strong, and you will need to know what you are doing to defeat them without too many troubles.

Here’s how to defeat the first member of the Force you will have to fight, Guldo.

How to Defeat Guldo in Dragon Ball Z Kakarot

Guldo is fought during the Frieza Saga, and you will have to fight him as Gohan with Krillin as the only support character. Despite him being the weakest of the Ginyu Force, you shouldn’t take Guldo lightly, as he comes with a few attacks that are difficult to dodge.

Guldo’s main attack is the ranged Psychokinesis attack that hurls rocks at you with extreme accuracy. Psychokinesis is made even worse by Guldo’s Surge, which increases the number of rocks and changes their pattern so that they are more difficult to dodge. As you need to avoid them at the very last second, it’s better to just guard to reduce damage.

When fighting Guldo up close, he will sometimes unleash Paralysis, a special attack that freezes you if you are caught in its range. When you see him preparing the attack, get as far away as you can, as getting paralyzed means getting hit by the powerful Psychokinesis attack. He is defenseless after unleashing it, however, so you can use your most powerful ranged special attack, like Super Masenko, to deal damage safely from a distance.

Guldo can be a little annoying, but if you refine your strategy and avoid overextending your offense, you should be able to avoid all of his attacks with ease, and send him to the hell where he belongs!