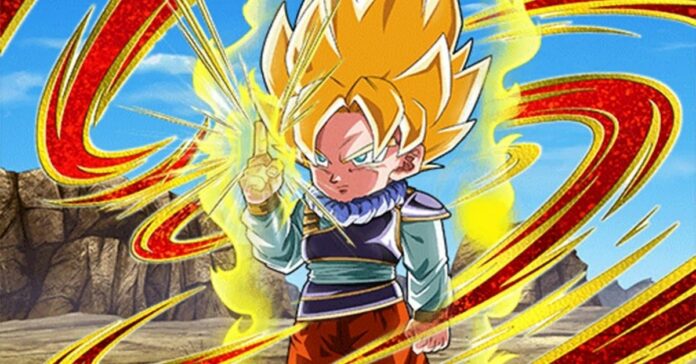 Dragon Ball Z Dokkan Battle is an addicting action RPG game for mobile devices. In it, you can create the most powerful team from the favorite characters of the world of Dragon Ball Z. The game has different modes, and in this guide, we will tell you about Pettan Battle.

The game has a new AFK battle mode Pettan Battle. In it, you need to assemble a team of Sticker Cards to fight with other Sticker Cards. The cards show different characters, but smaller and cuter.

There are several ways to get these Sticker Cards.

How to Get Sticker Cards

You need to enter the Pettan Battle mode every day to receive one card. Of course, you will also receive Sticker Card Packs for winning. They will open as soon as you receive them.

The card will display the name of the character, its strength, and its type. When you receive a new card, it will be immediately added to the collection. However, if you use a card in battle, it will disappear. But the cards remain in the collection forever, there you can read more about each card.

You can choose different types of battlefields to receive different rewards. For combat, you must select up to 5 Sticker Cards to counter the enemy Sticker Card. If you cannot defeat the enemy before the end of time, the enemy will remain in the same state, so you can continue to destroy him with new cards.

To defeat enemies, use the weaknesses of each type of card. Also, use combinations of allies and opponents. So, for example, if your chosen card and the enemy card are opponents in the world of Dragon Ball Z, then you will receive an additional bonus for the victory. This combination will be displayed with a red light effect.

There is also a blue light effect that appears when your chosen battle cards are allies. In this case, your attack will increase, and the battle time will be reduced. By the way, even if your set of cards is two or three times stronger, you still have to wait an hour until the end of the battle. After the end of the battle, you can pick up the reward and join the battle again.