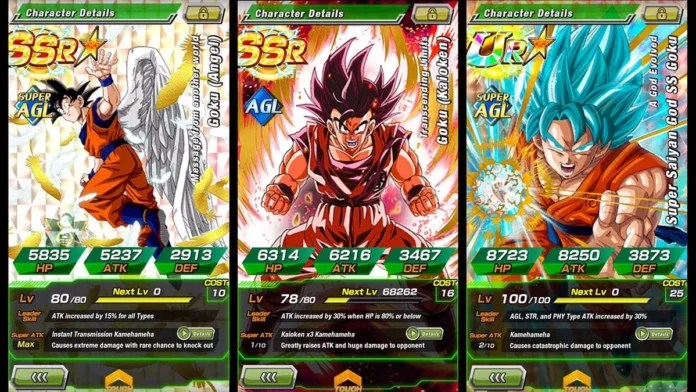 Dragon Ball Z Dokkan Battle is an Android/iOS game released in 2015. It is a free-to-play mobile game based on the Dragon Ball franchise.

The game was developed by Akatsuki and published by Bandai Namco Entertainment. Each region had separate release dates, so while Japan got it on January 30th for Android and February 19th for iOS, it was released worldwide on July 16th of the same year.

The game has been wildly successful, with over 350 million downloads and over $3 billion in worldwide revenue. The multitude of characters from the Dragon Ball series makes this game have a lot of replay value over time.

Today we will be making a tier list for specific types of characters. To be more precise, we will be focusing on the strongest SSR characters in the game.

These are the top 5, rated from best to worst.

This character has high overall stats and his passive gives him 3 ki when at 99% health or lower. Due to this mechanic, he is able to do almost 100% damage at any point in time. His link skills, especially his Kamehameha skill, make him deal a ton of damage.

This character has a very high HP stat along with the highest attack stat due to his passive skill. His link skills are good, but less likely to be useful if the player utilizes mostly Saiyans in their team. His leader skill also increases both HP and attack, making him a great choice for a leader as well.

This character’s passive and leader skills are great for helping the team. As long as players manage to keep him above 50% HP, the rest of the team gets 15% more attack. His leader skill also increases the attack of all types, so he’s an amazing leader choice for players that have a diverse team.

This character’s passive is what makes him so phenomenal because it adds 50% attack when he gets 5 or more ki. On the flip side, if he is not able to get 5 ki, his damage is not nearly as good otherwise, making him take 4th place.

This is another character that is good because of the passive skill. He gets 2 ki as long as his HP is over 50%. This lets him constantly do 100% damage or more, which makes up for his average overall stats.