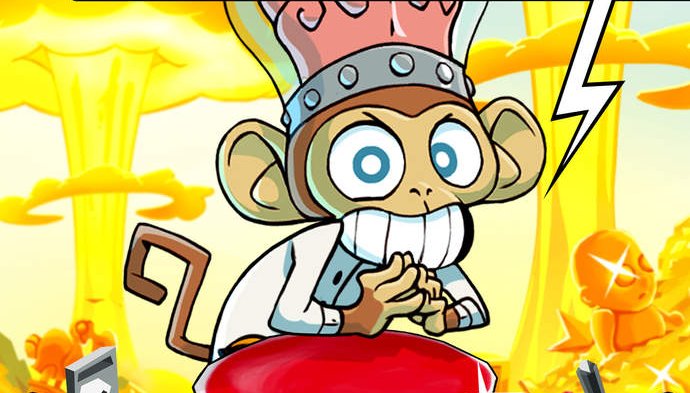 Doomsday Clicker is a brand new time management game (I wanted to call it an “endless clicker” but that’s not the case) that challenges us to bring the apocalypse on Earth over and over again and, of course, make a ton of money out of it – something like real life politics. Although the concept is similar to what we’ve seen in other games that follow the same rules, there might be people who have never played such a game and for them we’re here to share some Doomsday Clicker cheats and tips that will help you bring the apocalypse over the world again and again and make a ton of money in the process.

So let’s not waste any time and let’s check out below Touch, Tap, Play’s Doomsday Clicker tips and tricks!

Unlock everything first, then upgrade
The concept of the game is pretty basic: you build rooms in your bunker to generate money, you upgrade them to make even more money and build new rooms to… you’ve probably got it already… make even more money! Upgrading costs a lot, so the first thing you should do is to focus on unlocking all the rooms, and only afterwards switch to upgrading them to get the extra stars.

Find the balance in this process: usually, you get a room to level 25 before being able to unlock the next room (but this changes drastically as you progress through the game and you get the mutant bonuses activated – and we’re going to talk about those later on). Until then, focus on unlocking all the rooms and then upgrade them: first get as many as you can to level 25 (to get the first star), then work on the more expensive ones at the same time as you work on the cheap ones to get them to level 50 and so on. Find the right way to spend your money to make more money!

Buy the room perks
Early on, the room perks are not extremely useful, so you can completely ignore them until you have all rooms or most of them to level 25. But as your rooms’ levels grow, the bonuses from the perks become larger and larger, so you should make sure that you constantly invest in Perks. I would personally suggest to buy a few perks each time you get back to the game after a long break and then spend all the remaining money on upgrading your rooms.

Spin the wheel!
Every now and then you can spin the wheel to get a bonus to your profits. You can do so by watching a video, and you should do it each time you have the chance in order to maximize profits – and always make sure that you have the bonuses active when you’re not logged in to the game to make even more money.

How to get more humans & mutants?
Humans are used in Doomsday Clicker to give you bonuses after each new Doomsday you trigger, and you get them by unlocking new rooms. You can also get new mutants by tapping the animals at the top level (you also get money from those!), so your bonuses will increase as you play. Most likely, there are other methods to increase the number of humans that you get, probably by upgrading your rooms to certain levels.

Bring the apocalypse!
As soon as you have a lot more mutants than your previous playthrough, it’s time to hit the red button and start over from scratch, but with a massive bonus from the mutants that you have. It will be totally worth it to reset, because you will progress a lot faster after each reset (only if you reset with more mutants than you previously had), so don’t hesitate to do it when you have the chance – but make sure you have some time afterwards as well to build all the rooms and get back on track!

These would be for now our tips and tricks for playing Doomsday Clicker – if you have anything else to add to help fellow players, don’t hesitate to let us know by commenting below.