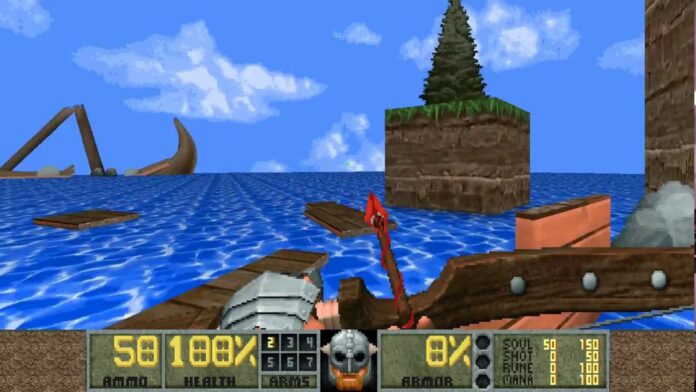 DOOM and DOOM II have had a very rocky launch, with the mobile ports coming with so many issues that Bethesda was forced to remove the two games from the App Store and Google Play Store. Things have improved a lot since then, and they are set to become even better with the release of add-ons that will expand the experience in many different ways.

The first of these new add-ons is REKKR. This add-on, which can be downloaded for free by linking the game with a Bethesda.net account, comes with a Norse theme, and will turn the bloody war against demons from hell into a chance to enter Valhalla and dine with the gods until the end of time.

The REKKR add-on doesn’t just add a Norse themed flavor to the game with cosmetic changes, but also new weapons that radically change how DOOM and DOOM II are played. You can check out the add-on in action in the trailer below.

Among the improvements that have been introduced to DOOM and DOOM II on iOS and Android this month are enhanced virtual controls, physical controllers support, proper widescreen, different frame rate options, and more.

DOOM and DOOM II are now available on the App Store and Google Play Store globally.