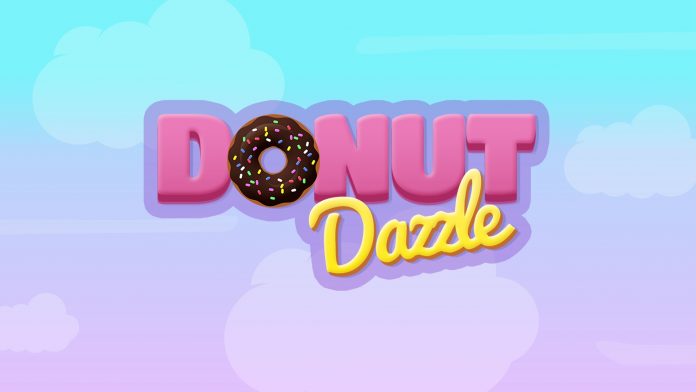 Donut Dazzle is here and it’s a dazzling doozy of a game! Donut Dazzle is a match-4 action puzzle game, similar to the good old classic Tetris! Donuts will fall from the sky and you’ll need to place them to make sure they don’t stack too high. Let’s get to donut munching with our Donut Dazzle cheats, tips and tricks strategy guide!

Once you get to around level 10, things will really start to heat up. Donuts will fall at a much faster rate than before, and if you’re not quick on your fingers you will be easily overwhelmed. We noticed a little trick though – when tap to rotate your donuts, they stop in place for about a split second. This can be exploited by rapidly tapping to make your donuts “stutter”, effectively slowing down their overall descent. This is an invaluable trick and utilize when you need more time to think, and it also helps immensely during Burst Time where the donuts are sped up to a ridiculous degree.

2. End your game early on to get more gold donuts!

You are awarded a gold donut every time you beat your high score. Knowing this, you can take advantage of this system! Early on, when the objectives are short and require you to only do a couple things, let a stack build up so that you get a game over as soon as you complete your objective. This ensures that your high score stays as low as possible. If you do this as soon as you start the game, you should be able to get at least five gold donuts, until your high score becomes high enough to be a challenge.

3. Watch some ads to get gold donuts!

Going off of the tip above, eventually gold donuts are going to be pretty hard to come by. If you rely heavily on the power ups, you might want to consider watching some advertisements. Unlike the coffee ads, there is no cooldown for the gold donut ads, so you can watch as many as you like. Watching one fully will reward you with a gold donut. If you don’t really need the power ups, then don’t worry about this.

During the tutorial you’ll learn that combos give you bonus points. Combos are a great way to level up early on, but when the donuts speed up, it can get really tricky to plan out elaborate combos. The key to this is keeping an eye on the preview window to get a heads up of what types of donuts are next. If you can manage it, you’ll be leveling up in no time.

Of course, we’re not puzzle experts so we couldn’t really handle the super speedy donut combos. When the game gets really fast, it’s perfectly fine to just focus on getting rid of as many donuts as possible. Trying to make your combos long may hurt more than help!

That’s all for Donut Dazzle. If you have any other dazzling tips or tricks to share, let us know in the comments below!