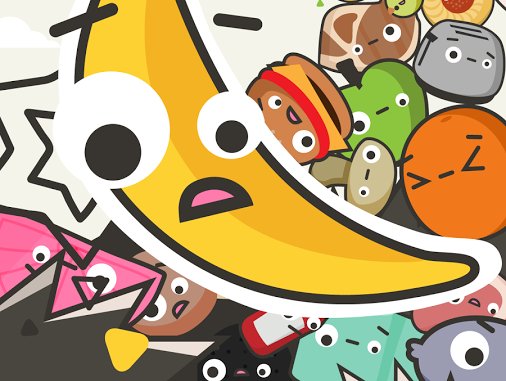 Don’t Grind is really intense. The new game that has just been released on iOS and Android keeps you going over and over again despite its repetitive gameplay and one click mechanics. This title manages to take the “one more turn” concept to a whole new level and you’ll play it over and over again as you’ll get hooked instantly. And even though it’s mostly on you to get that high score and Gold medals, I am here to share with you a bunch of Don’t Grind cheats and tips to unlock all Grindables, get a super high score and have more fun.

It won’t be easy and it won’t be quick, but it will surely be fun! There’s really not a lot to say about the game in this case and most of the stuff I will share is probably known, but if I manage to help a few people I will be more than happy. So let’s not waste any time and let’s check out below some tips and cheats for Don’t Grind – the game!

Short taps vs longer taps
The game uses the touchscreen like few other games do. A short tap makes your grindable jump just a little bit, while a longer one gives you more height. Also, it’s extremely important to master tapping while swiping in a direction or another. Basically, it’s all about this minor element: knowing when you go for a short tap and when to choose a longer one for increased height, all while choosing the correct direction. Master this and you will master the game!

Keep going with ads
Every now and then, when the game sees you have a pretty solid run, after hitting the grinders at the bottom, you will get the chance to continue playing after watching an ad. I would recommend to do so on most occasions, but especially if you are really close to reaching a milestone – most likely the high score milestone as that’s really important! However, have in mind that ads are not unlimited and after watching one, there’s a waiting time before you’ll get the option to watch another to keep going, so only choose to keep going when you’re on a good run and have a great score already!

How to unlock more Grindables
Even though new grindables don’t change the gameplay at all and they’re all purely aesthetic, you will want to have as many unlocked as possible. The only way to do so, though, is to play the game, be active and play it good. Every day, you can unlock grindables by getting to certain star checkpoints: the easiest is the first one, which unlocks a new Grindable for you when you get the first three Silver stars. Then you need to get two Gold stars in order to unlock, so it gets more difficult as you get better. But the good news is that this changes every day, so make sure you play daily in order to get the easy Grindables!

Watch the on-screen indicators
Incoming obstacles will be briefly announced on screen by an exclamation mark or they won’t activate until after a second or so. Always keep your eyes open and keep an eye on the incoming obstacles and baddies. It’s more important to keep your Grindable alive at all costs instead of trying to get all the stars! So make sure that you do that and only afterwards try to go get the stars that appear and disappear randomly.

There’s not much I can do for you from here on, though. This is mostly a skill game – so even if you know all the theory by heart, it might still be useless if you can’t put it into practice. But you will if you keep on playing and you will see that you get better and better with each new game you play. Don’t forget to take breaks often – especially if you start feeling frustrated and angry or if your eyes get tired, because in that case you will not perform well. Return after a break and you will see that you will play better.

Do you have other strategies that work well for the Don’t Grind game? Share your tips and tricks with us below, as well as your high score!