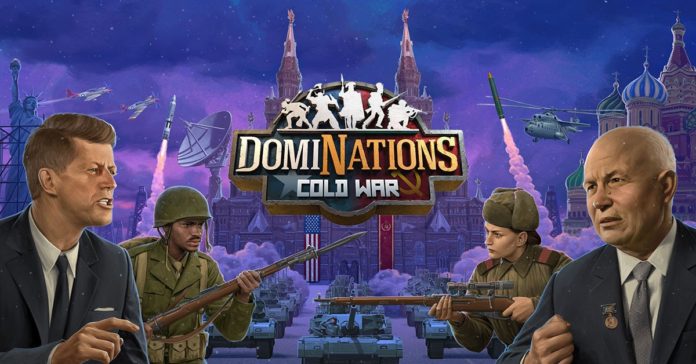 DomiNations is still running strong and the amazing RTS game launched in 2015 (read our review here) just received a new major update: the Cold War era which brings a ton of goodies into play. And we’re going to find out everything about them in today’s article.

This is the 12th era you can unlock in the game – and you need quite a bit of resources to get there. 13 million coins are required and 12 workers, but it’s totally worth it if you want to get your game to the next level and be one of the top players out there.

The Cold War adds new units based on the turbulent time period giving players the ability to wield the M56 Scorpion Tank and BM-21 Grad Rocket Launcher in their conquest for world domination. To ready players and their troops for the fierce Winter ahead, DomiNations will feature several in-game events and Supply Drops that will give players the ability to advance through ages quicker than ever.

Here is a short teaser trailer showing you some of the new units and goodies in action:

This is some really high quality stuff and I am sure you will totally enjoy your new game. I got the chance to play with the new update a little bit and even though my base was a bit rusty due to recent neglect, I still managed to see how much the game has progressed since I last played it.

You have modern units in the new age, as well as a brand new Mercenary unit that doesn’t replace anything else: the Irish Peacekeeper with really solid stats.

We’re also getting the Aztec leader Moctezuma in the University and researching his skills will improve resource production and Coalitions for players – so he’s really useful, especially at the higher levels. For example, level 3 and above skills will increase the Oil Well Capacity, the Vault’s capacity and the Coalition Power.

The Library also gets some nice knowledge to research at level 12, such as Industrial Plastics which further increase the Oil production, but also Rocketry which increases Missile Silo Health or Advanced Ballistics that improve your new unit’s MRL Mk1 health.

Unfortunately, there are no new wonders brought in by this new age, but all the troop upgrades and new levels for buildings, as well as all the other new additions make up for this.

So if you haven’t played this game in a while – like I did – it’s time to install it once more and enjoy all these amazing new features. DomiNations is available for free on the App Store and Google Play.

What do you think about the Cold War update in DomiNations? Let us know by sharing your comments below. 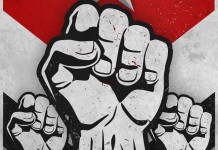 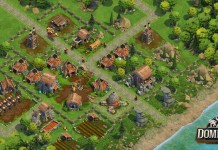 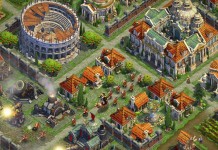 DomiNations Guide to Wonders: Best Wonder for the Bronze Age