Just like in the classic Civilization games (or any modern strategy game, actually), you start out small: a house, some workers, a few animals to hunt and trees to pick fruits from. This marks the beginning of a new Nation – your Nation – and it up for you to decide how famous and amazing it will become.

You will do all the regular stuff in DomiNations: build up your base from scratch, upgrade your buildings and train your armies, join alliances and attack other players. But there are a lot of extra touches, things that no other game offers, which make this particular one so amazing and a must play. Upgrading your nation’s main building – the Town Center in this case – doesn’t only give you a new level and new structures to build. It also unlocks a new Age – from Bronze and Iron Age, all the way to Space Age. Once you reach Iron Age, you will get to choose your actual nation out of seven available in the game. Each nation has its own Pros and Cons, each nation has a special unit and specific design features unique to that nation. And the choice you make is final: once you chose to go with the Romans, you will play as the Romans until the end of time. Absolutely amazing.

Choosing your Nation with all its Pros and Cons is not the only thing that DomiNations brings to the table in terms of new features. Every other age you are also allowed to start constructing a World Wonder. Again, you have to make a difficult choice: four are available per Wonder Age, but you can only choose one. Mixing the advantages of the wonder with the bonuses of the nation you’ve chosen can give you an advantage over other nations – and no matter what choice you make, it’s final. That’s what I love about this game: it’s complex and doesn’t give you second chances. The choices you make are always final. Which means that you should always think twice before doing something – and checking out some tips, tricks and strategies here will also give you an upper hand when it comes to making your choices.

DomiNations is a huge game. As I said, this is the Clash of Clans killer that we’ve all been waiting for – the strategy game to play from now on, the strategy game to enjoy with friends and strangers, THE strategy game for iOS. It has an amazingly well balanced gameplay, features that you don’t have in any other title on the marked, beautiful graphics and an active & growing community of players that will make it all worthwhile. And the best part is that thanks to the multiple choices you have to make throughout the game, it will always be an unique experience to every player that starts a new game. A must play.

You can download DomiNations on the App Store for free. 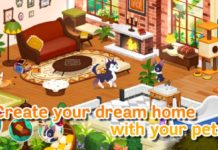 Fill Your House with Adorable Pets in Hellopet House, Now in Early Access 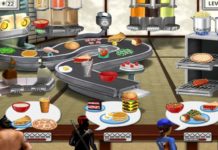