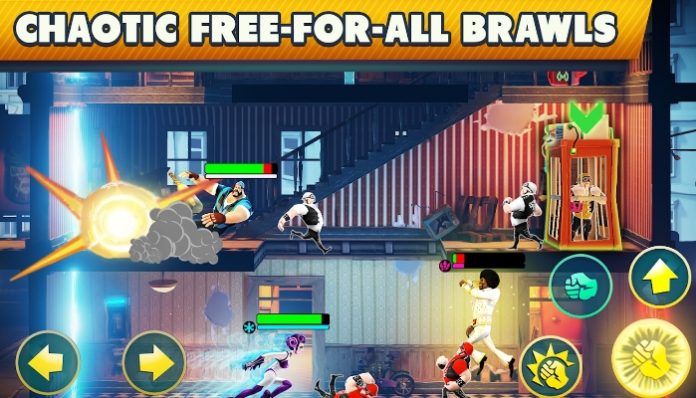 Fancy yourself a fighting game expert? Then prove yourself on the streets in online battles across the world! Mayhem Combat is an all-new 2D fighting game featuring intense 1-on-1 battles to see who can come out on top.

Part Super Smash Bros. and part Street Fighter, Mayhem Combat is a complex fighting game with streamlined controls designed for mobile platforms. Fighters can throw out rapid punches, lighting fast kicks, and even use special powers like lightning, fireballs, and even charged guitars! There are also standard baseball bats if you like to keep it classy.

Standard battles in Mayhem Combat feature a team of three heroes against another human player’s team. Build your team out of hero cards each with their own unique abilities and fighting styles. There are lots of different heroes, so play around and see which one you like the most!

Amy Li roasts the battlefield with her scorching hot fireballs, while Jack Lumber chops the competition in half with his trusty axe! The fighters in Mayhem Combat are pretty unique and imaginative, but do not let their looks fool you – these heroes pack quite the punch!

There are additional battles as well. You can go head-to-head with another player using only one hero in intense 1-on-1 duels. You can also play in hectic free-for-all matches with up to two other players. There is a battle mode for everyone, so get to fighting!

Once you have gotten a taste of battle, Mayhem Combat also sports a crazy battle royale mode where you go up against nine other fighters. That’s right: Mayhem Royales are 10-player free-for-all matches where ANYTHING goes! You will need your best heroes to come out on top. 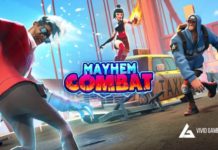