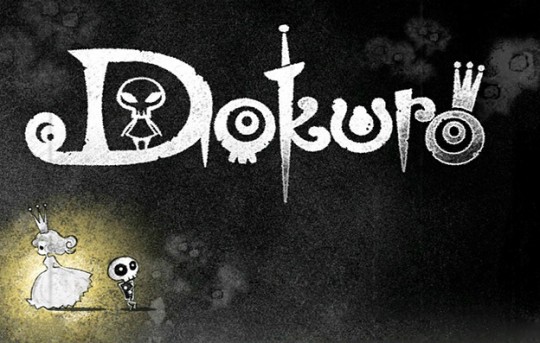 Another nice little game that’s been released on portable consoles sometime ago has now been made available for iOS devices.

Dokuro is one of the best games released on PsVita. The game is a puzzle platformer where players control a small skeleton minion who wants to save a princess who has been locked in his master’s castle.

Does it sound familiar? While the general premise is not so different from many other games, it’s how everything plays out that makes Dokuro stand out from the competition. The unique presentation and graphics also help in making the game stand out more.

The castle is filled with so many traps and puzzles that you feel challenged at every turn. Completing the game brings a sense of accomplishment that can hardly be found in many other modern games.

Dokuro is now available for purchase on the App Store. If you’re interested in the game you may want to buy it as soon as possible, since it will be available for a reduced price until January 8th. And we’re not talking about a small reduction in price: the game’s regular price is 20$ while the discounted one is only 0.99$. That’s quite a bargain.

If you’re still unsure about the game, you can check out the official trailer for the game right below. Beware: it’s extremely charming.