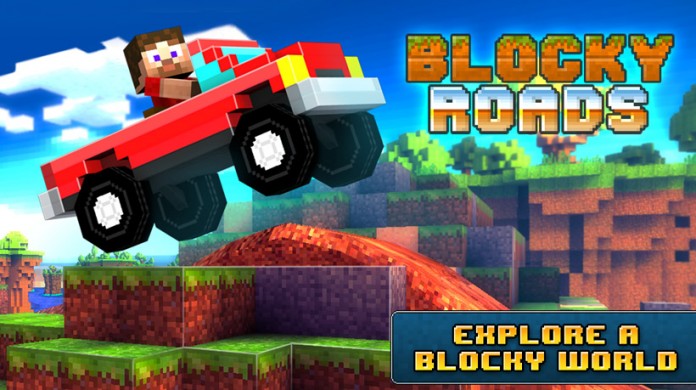 DogByte Game is quite a prolific team who has released a few good iOS games like 8bit Ninja, Offroad Legends and Redline Rush.

If you have liked any or all of these titles, you’ll be happy to know that the team is curretly working on a new game called Blocky Roads.

As you might have guessed from its name, Block Roads will be a racing game. It will feature, however, so many different gameplay elements that it will definitely stand out among the competition.

By checking out the game’s first images, you’ll realize that the Minecraft influence is quite evident. Players will control an unnamed farmer who was recently victim of a tornado that destroyed his entire farm and scattered its pieces all over the world.

Instead of traveling on foot to gather all the scattered parts, the farmer will race in 12 different tracks to collect all of them. Together with the 12 regular tracks, 4 extra challenge tracks will also be available.

After clearing the third track, the game will truly open up, allowing players to create their own car by using the collected parts in the Car Editor mode. As if the customization options weren’t enough, you’ll also be able to customize your own character in a variety of ways.

It looks like Blocky Roads will be an interesting spin on the racing game formula. Fans of Minecraft will surely appreciate all the creation aspects of the game while racing game fans may find themselves loving all the quirks added to the usual formula.

Blocky Roads will be released later next month on the App Store.