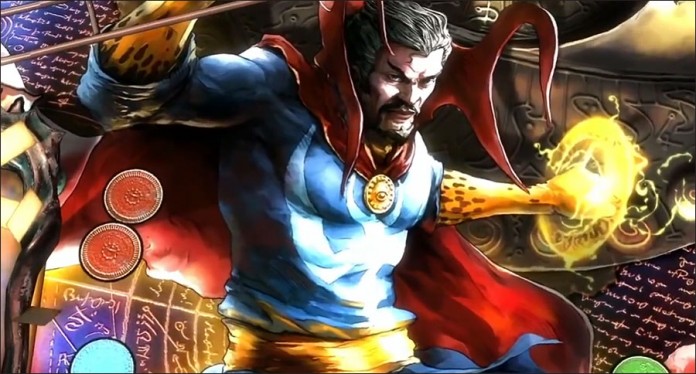 Zen Studios is trucking right along with new table releases for their popular mobile pinball games. The newest addition to its superhero-themed entry Marvel Pinball will be a table which centers around popular Marvel mystic Doctor Strange and it will be available just in time for Christmas.

According to Zen, the table will feature “a higher plane of occult forces in eternal conflict” with Strange and his buddies Clea and Wong going up against rival sorcerer Baron Mordo. The table will feature voiceover lines and plot threads adapted from several different major storylines within the Doctor Strange comic book series. Zen Studios has promised a December, 2013 iOS release date for the table but for a sneak peek of what’s in store, you can check out the below teaser trailer.

During the recent Comic-Con 2013 convention, Zen Studios’ vice president of marketing and public relations Mel Kirk dropped several strong hints that, after the Doctor Strange table is released, a table focusing on everyone’s favorite merc with the mouth Deadpool could be next on the docket though if those rumors are true, fans might have to wait until 2014 for more info.