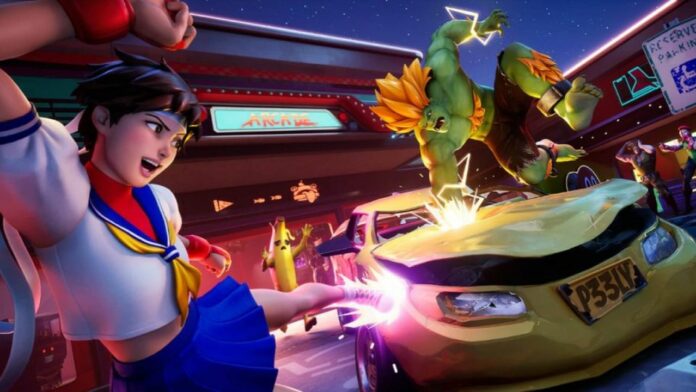 Over the past few months, Fortnite has become more than just the most popular battle royale game ever made. Thanks to the many crossover events that have made their way into the game, Fortnite has become a celebration of video game, comic book, and movie culture, allowing players all over the world to become their favorite heroes as they take on the world in the game.

In the past, Fortnite celebrated the Street Fighter series with the introduction of Ryu, Chun-Li, Guile, and Cammy skins, and soon enough, more characters from the celebrated fighting game series will be making their way into the battle royale game.

Do Sakura And Blanka Have Skins Coming to Fortnite

On April 26, Epic Games confirmed that Sakura and Blanka skins will be coming to Fortnite soon to celebrate the 35th anniversary of the Street Fighter series.

From April 28 at 8 PM ET, players will be able to purchase the Sakura – Justice Always Prevails and Blanka – Make Mama Proud bundles that will include two unique skins for each character, as well as special emotes and more.

The Street Fighter 35th anniversary celebrations in Fortnite don’t end with the release of these two bundles, as a new in-game event called Blanka & Sakura Cup will go live on April 27 on Android and on April 28 on all other platforms. Top-performing players will be able to unlock the Bonus Stage Loading Screen.

More information on the Sakura and Blanka skins in Fortnite and the upcoming Blanka & Sakura Cup can be found on Epic Games’ website.

Do Sakura And Blanka Have Skins Coming to Fortnite