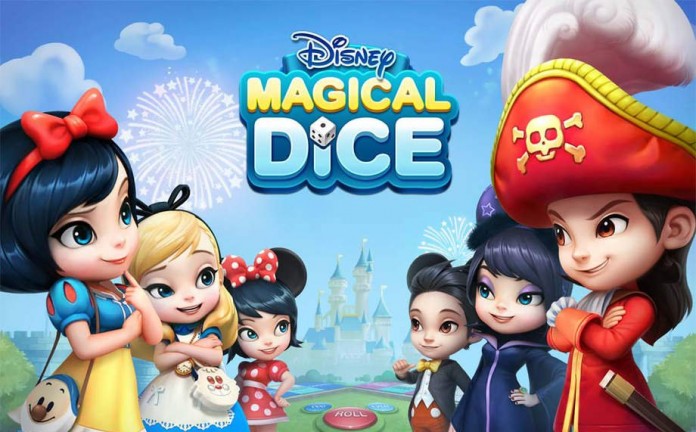 Disney’s Magical Dice is basically a reinvented game of Monopoly, one featuring beloved Disney characters and themes, but also one that brings a lot of new elements to the table – if not necessarily to the core gameplay, at least to everything surrounding it. With characters that are better than others, with tons of things to unlock and friends to compete against, this is an absolutely charming game and I am here to share with you the top Disney Magical Dice cheats and tips to keep winning your games and to unlock all characters.

So let’s not waste a single second and let’s check out the Disney Magical Dice tips and tricks below!

1. Always use your best card
You might be a fan of Mickey Mouse, but if you have an A+ Stitch card, you should use that because that’s the best card in the game. The idea is to use the highest rarity card, the one with the best numbers in all areas. Usually, higher rarity cards are the best, but if you have to choose from more of the same rarity level, always choose the one with the best stats and not the one that features a favorite character.

2. Don’t forget to upgrade your cards
Power Up is the name of the feature that levels up your cards and you can access it by tapping the Cards button in the main menu. Only power-up cards that are rare (A or A+ if you have them) since powering up anything else will be just a waste of time. Don’t forget that if you want to fuse two cards in order to get an even better one, you need two max level cards of the same type (don’t go for the random effect!) In other words, in order to really max out an A+ card, you will need a ton of cards.

3. Add friends who are active
Adding friends in the game is the best way to gain extra hearts for free and keep on playing. If you don’t have real life friends who play the game (or you don’t have enough), you should always add some recommended by the game, but only keep those who send back hearts to you.

4. Get better dice
There are seven pairs of dice available in the game and you should really invest in the Mickey Dice. They are quite expensive and you unlock them when you reach level 45, but they’re worth all the money you spend on them.

5. Complete the missions
There are three types of missions in the game: Daily, Weekly and Monthly. Try to complete as many as possible to get a ton of rewards that will make your life a lot easier in the game.

6. How to win more games
In Disney Magical Dice, you play the game mostly as a regular Monopoly game and since it’s all (or most of it) based on the numbers you get from the dice, you don’t have a ton of control, but there are a few things to consider: I personally would recommend to always purchase everything you can. There are some that play to complete lines or colors or whatever. Personally, I’ve won most my games by simply purchasing all the tiles I could afford. In the late game, if you are sent to jail and you are in a good position, it’s usually a good idea to try and roll the double to exit in order to reduce the risk of reaching a tile of an opponent and lose money. The rest is mostly based on luck and the character you are using – so remember to just enjoy the game and take it as it is.

7. How to unlock more characters
There are a ton of character cards that you can unlock in the game and, even though it’s the rarer ones (A and A+) that you want to focus on, it doesn’t hurt to have as many as possible because you use the lower ranked ones to level up your top cards. There are multiple ways to win more cards and most of them are free: completing missions, logging in multiple days in the row and spending in-game money (which I don’t recommend) will all give you card packs to open for your collection. In other words, just be active and play daily and you will get a lot of cards.

8. Get boosters before the game starts
Before starting the game, you have the option to spend some of your gold coins to get a bit of an advantage in the game: choose to always roll a double the first time (which has a 1 in 6 chances of getting you to jail), as well as other bonuses. It’s a good thing to start with them, as well as start with a fortune card, so if you have the money I see no reason why you shouldn’t really start the game with one or more boosts – they do help!

These would be, for now, our Disney Magical Dice tips and cheats. If you have other suggestions for fellow players, let us know by commenting below.