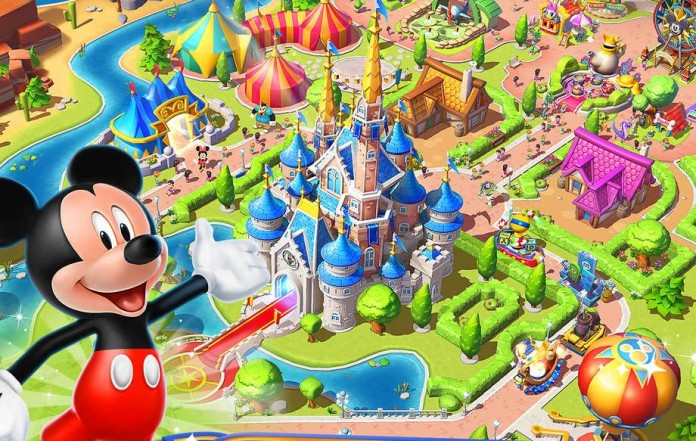 Gameloft have just launched on the App Store a game that is absolutely beautiful, one set in Disney’s world and one that will be perfect for both children and grown-ups. In Disney Magic Kingdoms, you are challenged to bringing a Disney themed park back to its glory after the evil Maleficent took over and along your way you will have tons of fun and unlock all your favorite Disney characters to help you complete your quest.

This is indeed a beautiful game and we’re here to help you a bit by sharing some Disney Magic Kingdoms cheats, tips and tricks on how to get the best amusement park there is, unlock all characters and have the best time playing the game!

1. Visit other Kingdoms to get magic
Tiny amounts, that is true, but it is extra magic and every bit helps because the Magic requirements will get bigger and bigger as you progress through the game.

2. Start with the wishes!
Keeping the people visiting your amusement park happy is extremely important, so make sure that you tap the icons above some of the children’s heads in the park. If there are two or more who want a wish with Mickey, for example, check them both first and do the fastest one first – if the fastest is just a few seconds or minutes. Try to optimize your time so that you grant as many wishes as fast as possible, to fill up the meter and unlock all the great rewards!

3. Follow the missions
The missions in the game are pretty nicely thought and following them will help you get through the game’s story faster than otherwise. Always work on the quests the characters have for you because that’s the only way to keep going forward and have fun!

4. What to do with idle characters
Even if you’re following the missions, more often than not, some of your characters will be idle and have no mission. In that case, you should do one of the following things: either check out the kids around and see if they want an activity with the free character or – and this will happen more often – simply give them something to do. Ideally, you should give them something to do that unlocks items required for extra characters or leveling them up, but if you don’t have such an option or you already have all the items, go for the activity that gives you the most magic.

5. Scroll around
Disney Magic Kingdoms gives you a beautiful and huge park, but very little means of navigating it rather than simply scrolling around and seeing everything by yourself. Make sure you do that every time you log in to the game or after some time passes, to make sure that you get all the rewards possible and you don’t miss anything.

Another good strategy to make sure that you don’t miss anything important (something that has to be collected) is to build all the structures that give you something close to each other, so you don’t have to scroll too much to check each one out.

6. How to unlock all characters
We’ll have a complete guide on this soon, but until then, tap the Characters icon in the lower right corner of the screen and simply browse through all the characters that you see listed there. Tapping on each of them will show you what you have to do in order to unlock them – or what you need to upgrade them if you have already unlocked them. Generally, by simply playing the game and optimizing your play time, you will get them all!

7. Optimize your play time!
Time management is one of the most important things in Disney Magic Kingdoms. All activities require more or less time, and ideally you should do the shortest activities possible in order to get the biggest reward (a 60 second activity will give you 5 magic, while you only get 100-something from a 4 hour activity). However, since you won’t always be logged in to collect the rewards, it makes most sense to just do the quick activities when you are in the game and then set your characters do the longer ones while you are not logged in – this way, you maximize your magic gains and you will immediately have everything you need to build/buy everything in the game and have an amazing kingdom!

These would be for now our Disney Magic Kingdoms tips and tricks, but if you have more, we’d be more than happy to read them in the comment section below. 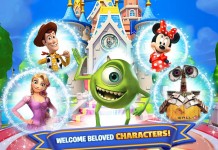 Disney Magic Kingdoms: How to Unlock All Characters