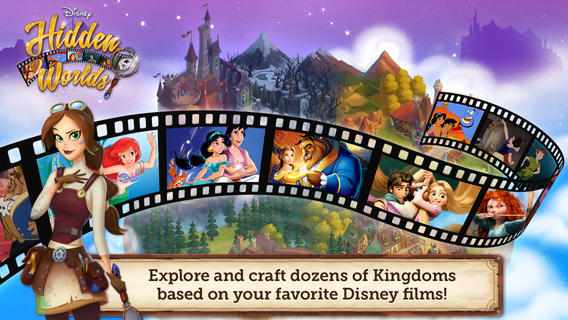 Disney has released a new hidden objects game titled Disney Hidden Worlds today which is playable both on iOS devices and via Facebook.

In Disney Hidden Worlds, players must team up with Chrona, a brand new Disney heroine, as she goes up against a mysterious villain who has stolen a variety of objects from different Disney stories including Aladdin, Beauty & the Beast, and Tangled (Disney has confirmed that other stories, such as Peter Pan and The Little Mermaid, will be added in later through free content updates).

Alongside Chrona, players must search through specific scenes from each story and discover various hidden components that will help them craft and restore the objects that were stolen. Thanks to cross-platform syncing, players can make progress on either the iOS or Facebook version, sync their profile, and then continue on the other version without missing a beat. Disney Hidden Worlds is free-to-play and is available now on Facebook and on iOS via the iTunes app store. The game’s official trailer can be watched below.