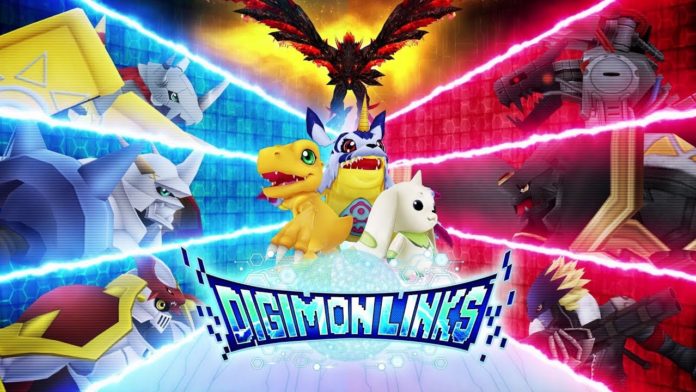 Calling all DigiDestined! The digital world is under attack from an unknown entity, and the entire world is destablizing! Call upon your favorite digimon to save the digital world in DigimonLinks, a tactical turn-based RPG! Take part in fierce 3-on-3 battles where you get to recruit a team of your own digimon. Our DigimonLinks cheats and tips will help you get a head start so you can start saving the digital world!

There’s tons and tons of ways to customize your digimon in DigimonLinks, so let’s get started with our DigimonLinks cheats, tips and tricks strategy guide!

After you finish the first couple sets of Normal Quests, you will gain the opportunity to tackle the Advent Quest. Advent Quests are special quests aimed at providing new players a boost, and that’s exactly what will happen! The first quest has you face off against WayGreymon, a mega-class blazing digimon that’s the next evolution to MetalGreymon. He’s a tough opponent but weak to various elements like water and electric attacks.

Take him down successfully and you’ll get your hands on WarGreymon digivolution fuel, which as the name implies, lets you digivolve MetalGreymon into the mega WarGreymon. You’ll need to defeat him multiple times as you need seven fuel pieces altogether. The battles get gradually harder as you advance, so be careful! By the end, once you have MetalGreymon maxed out, you’ll become the proud owner of WarGreymon!

Bring the right digimon for the job!

Each digimon has a specific elemental affinity. It’s very important to under the elemental bonuses, especially in this game because there are so many. Most games only have a couple elements but DigimonLinks has fourteen different elements! When you’re jumping into a stage, be sure to examine the boss data before committing to your team formation. The boss data shows what type and class it is, but most importantly it shows its elemental resistances.

Grey elements mean normal damage, while red elements’ effectiveness are cut in half. The blue elements are what the boss is weak to, so be sure to bring digimon with attacks that match that element! In case your forget, you can also preview your moves during battle. When you’ve selected a move and you’re targeting a digimon, the target will actually tell you if the hit will be super effective or not.

Do the Event Quests for digivolution fuel!

Be generous with your meat! Feeding meat gives your digimon easy experience points and you get a lot of meat over time. As long as you’re checking your farms every now and then, you should have a steady supply of meat. Giving digimon meat also increases their friendship a little bit, which is important for getting big stat boosts.

Link Points are a special type of currency used exclusively for capturing new digimon. You can spend them on the Link Capture banner, which costs 300LP for 1 capture and 3,000 for 10 captures. All of the digimon you receive through the Link Capture banner are in-training digimon, which means they’re in their baby forms. While you’ll need to invest some more meat and resources into them, you’ll have full control over their digivolution path! The best way to earn LP is to complete daily and cumulative missions.

That’s all for DigimonLinks. If you’ve got any other digitips or tricks to share, let us know in the comments below!