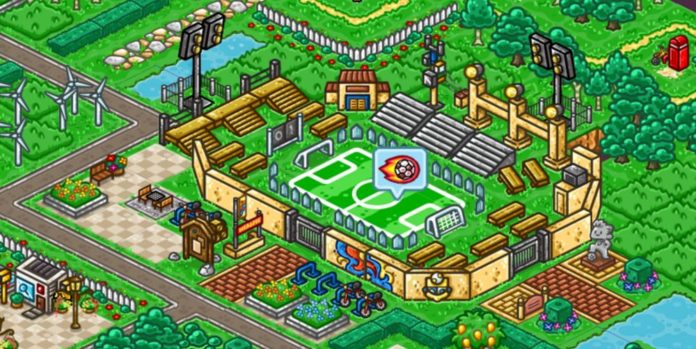 Dice Soccer City is a charming little sports game with beautiful graphics that I recently discovered. I’ve been playing it constantly since then, though and I am now here to share with you some Dice Soccer City cheats and tips: a complete strategy guide for you to build the ultimate team and keep on winning the leagues.

You will see that the game is more complex than it appears to be at first and there are many things to take into consideration. But all these elements make the game even better, so let’s not waste a single second and let’s check out below some Dice Soccer City tips and tricks.

Unlocking new players
Probably the most important part in the game is unlocking as many players as possible as soon as possible. This gives you the chance to create a perfect team and keep on winning.

There is an easy way to see how to unlock more players in Dice Soccer City: simply tap the build menu (house icon at the bottom) and tap the various bits of land that you have. There, you will be shown various players and how many tiles you need to unlock them, as seen in the image below: 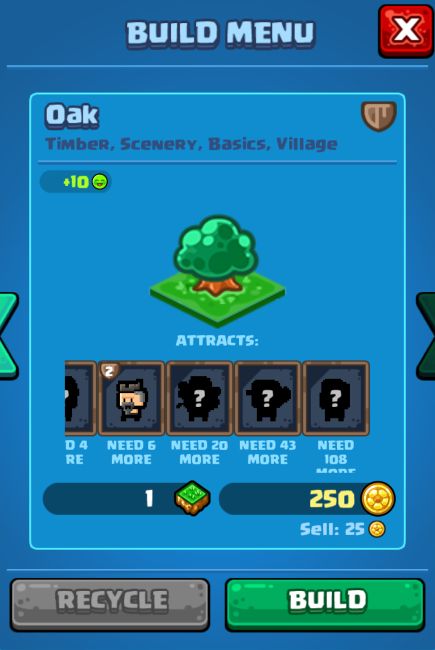 Now, simply tap each of the missing characters to see their stats. This makes it a lot easier for you to plan your moves and decide on what type of decor to focus in order to improve your team.

Tap all the tiles on the screen
Most of the tiles that you unlock and place on your map can be tapped multiple times and “cleaned”. This won’t remove them from your map as they will recover in time, but there’s a chance that some of them will reward you with coins. So it’s worth tapping them all as often as possible.

Know your players
This is vital because they all have various special skills and dice numbers. Knowing these requirements allows you to pair them up with other players who would benefit them and also lets you anticipate your chances at winning.

Although the players with very high value dice are clearly useful, the ones with special skills and effects can help you a lot in the long term, as long as they’re paired with matching players. So know everything about them before deciding your squad and make sure you pair them up in order to get maximum possible boosts.

How to win your matches
This is definitely the most important part of Dice Soccer City: winning each game that you play. They all get more and more difficult as you progress through the leagues and you will have to unlock more and better players to beat the difficult stages, but there are always a few things that work and you should take into account.

1. For starters, keep an eye on your players’ stamina. It is extremely important because it allows you to reroll if you are not satisfied with the current number. But if your number is decent for a player and you’re only allowed one reroll (instead of two potential ones), then consider the risks vs benefits.

For example, if you have 3 players who rolled a two and two have 1 stamina left, while the other is tired, if you have a 7 to beat and just one of your remaining players has more 3s to roll than the other, it might be best to roll with that one only. However, if your the other player only has 2s and above, then you should definitely roll.

So always do the maths and try to roll for the maximum sum your players can easily get. Sounds difficult at first, but you will get used to this pretty fast.

2. Player’s position doesn’t matter – they are indeed labeled as strikers, midfielders or defenders, but the truth is that you can place any in defense or attack. So just look at their stats and skills and how good they are when teamed up with other players.

3. Always go for the best combos out of the three you select for attack and defense. Making sure that they have the potential dice for unlocking their special skills is a must. There’s no point in bringing a player who steals 2 attack from the opponent when you roll double 2s if your players don’t have that number on their dice (or chances are very very slim for that).

4. You can change player who shoots when you get in front of the goal. And you should do that at all times in order to bring the one that has the highest numbers in order to increase your chances of scoring the goal.

Defense vs Attack
These are the two stages of the game: you want to be in attack at most times as that helps you get close to the goal and score. Here are some extra things to consider, above what I’ve mentioned about, when it comes to defense and attack:

– When in defense, you’re the first one to roll. Try to have a score as high as possible (so bring high dice players) and bring in players that reduce the energy of the opponents in order to give them as few options at rerolling as possible.

– When in attack, you know exactly what’s the score you must beat, so reroll (smartly) until you do. Make sure to switch tired players if this gives you an advantage: you have to do everything you can to roll more than your opponent!

Keep on Dicing your players
Dicing allows you to increase or decrease the value of one or more dice of your players. This is extremely beneficial in the long run because it gives you more chances to win.

Just make sure you do this the right way, according to the skills and powers of your players. For example, if you have an early player who benefits from rolling 1s, it’s not necessarily a good idea to start dicing up their numbers to 2 or more since that will reduce or completely eliminate their chances of using their skills.

Watch the ads
Ads are extremely important when it comes to increasing your morale and helping your team perform better in the long run. Make sure to watch the ads whenever you have the chance (at least the main ones for the morale boost and 12 hour boost) and you’ll have a much easier life in the game!

Use the Eager Players
Every now and then, a player becomes eager to play. This means that if you win a game with them in the team, you get an extra box. That’s insanely valuable, so make sure you do bring them into the team.

A good thing about Eager players is that they remain eager even if you lose your next game – so keep trying until you win with them in the team!

This is everything we have right now for you. If you have even more Dice Soccer City tips and tricks to share with us, don’t hesitate to let us know by sharing a comment below.