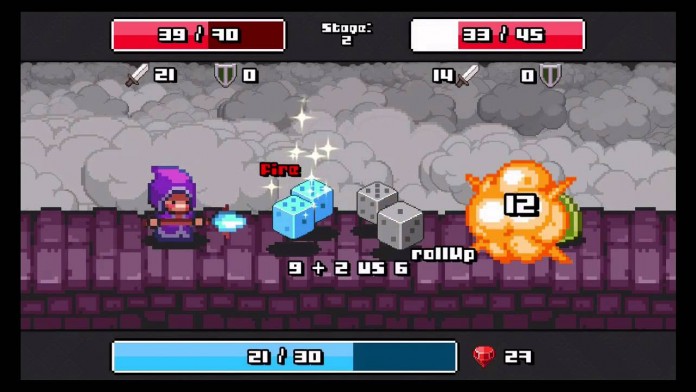 If you’re a fan of quirky mobile games, there’s a good chance you know about Combo Quest, a unique role playing game featuring old school graphics developed by Boarding Party. And if you liked the game, you will be happy to know that another game from the team is going to be released in just a few days on the App Store.

The new game from Boarding Party is called Dice Mage. The game is a really unique title which features role playing game and roguelike elements as well as a really unique battle system where players will have to roll dices to attack the enemy in battle. Thankfully the whole system isn’t excessively luck based, as players will be able to re-roll depending on the available mana, with each re-roll increasing the cost. The game also features a variety of unique dices which will allow players to unleash powerful special attacks and spells.

As stated above, Dice Mage also comes with some roguelike features. In each new round, players will be able to bring all their obtained items. Things won’t be easy, though, as all stats will go back to the starting ones.

Dice Mage will be released on August 20th on the App Store. The game seems like one of the more interesting games launching this month so make sure to check it out if you like Combo Quest and other similar games.

Dice Mage Launching In A Few Days On The App Store