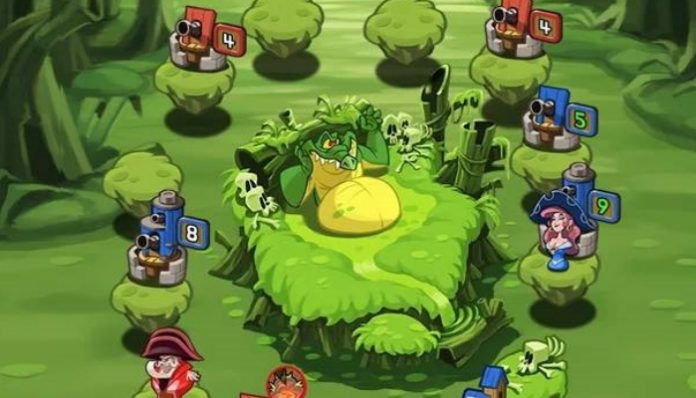 A brawl is surely brewing in the world of Dice Brawl: Captain’s League! Dice Brawl pits two players in a rapid-fire match of what is essentially a dangerous game of Monopoly. Players will buy land and build fortresses on them, damaging opponents who land of them. Brawl and knock out your opponent to win! Our Dice Brawl: Captain’s League cheats and tips will start you off with some handy tricks to get the upper hand.

It’s all about strategy and using your skills right in Dice Brawl, so let’s get started with our Dice Brawl: Captain’s League cheats, tips and tricks strategy guide!

Team skills can turn the tides of battle, so be sure you know what your team skills do! Not only does your team determine your captain’s overall health and attack power, but they also come with their own unique skills. These skills can grant you brawl buffs, like increased attack or defense power, or they can help strengthen nearby fortresses. One thing to keep in mind is that captain buffs actually last forever or until you replace it with a new buff.

You can use a team skill at the beginning of your turn. Tapping on one of your teammates will remind you what it does just in case. Just be sure that you use them at the right times, because once used a team skill is unavailable for the rest of that match!

When a brawl breaks out, you’ll have to roll to determine your attack/defense power. There’s a small section of the meter marked right in the middle labeled “even”. If you can let go of the button with proper timing and land inside the mark, you’ll automatically roll a 6, the highest brawl power. This is where your timing skills come in, so make sure you practice this, as winning a brawl can make or break a match for you!

The dice gauge is split into low and high. Letting go of the button when the bar is in one of these halves will result in a higher chance of getting that corresponding roll. For example, rolling low might get you two dice with 1-3 on them. Just remember that there’s still chance involved in this so this doesn’t guarantee that your rolls always be controlled!

Get the medals for chests!

You can earn special medals for accomplishing certain feats during a match. The “Combo” medal is awarded to you whenever you perform actions in successive turns, like building two fortresses in a row or attacking your opponent in a row.

The “KO” medal is awarded to you for knocking out your opponent in a brawl. This is perhaps the most simple and straightforward medal to get – you’ll get one for winning a match!

The “Boss” medal is awarded to you if you can manage to take down the boss of the battleboard. This is toughest and most riskiest medal to get, as the boss can do a number on you if you’re not prepared, leaving your opponent to take you down while you’re weak.

This is your main method of acquiring new cards and teammates, so it’s best to go for as many medals as you can!

That’s all for Dice Brawl: Captain’s League. If you’ve got any other tips or tricks to share, let us know in the comments below!