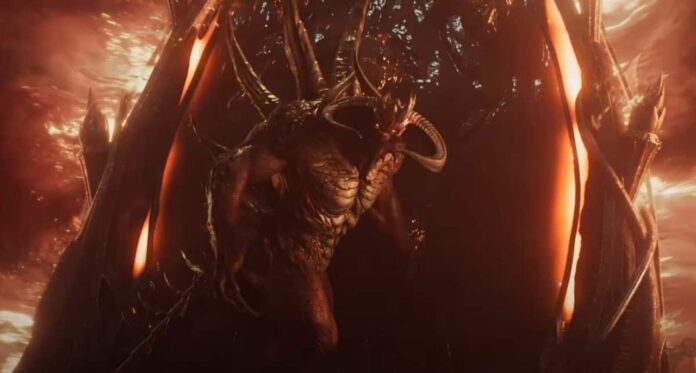 In Diablo II Resurrected, you will be encountering all sorts of enemies, ranging from the weakest of mobs to the powerful bosses that will bar your way from one Act to the next. These bosses should not be taken lightly, as they are extremely powerful and can obliterate any player who is not properly prepared.

Among the bosses you will have to take down is the titular Diablo. Here’s everything you need to know to take him down without too many troubles.

Diablo is the Lord of Terror and one of the Prime Evil, and he is considerably stronger than his brother Mephisto, but not quite on Baal’s level. This doesn’t mean that defeating him will be a walk in the park, as Diablo is one of the strongest enemies in the game.

You will fight Diablo at the end of the fourth Act after having defeated three other bosses in the Chaos Sanctuary and opened the five seals. Defeating him will make you complete the Terror’s End quest.

Diablo’s stats change depending on the difficulty level.

Just like stats, weaknesses and resistances change depending on the difficulty level.

How to Defeat Diablo

Taking down Diablo requires almost perfect preparation and a very solid strategy. For starters, you will need to bring as much Fire resistant gear as possible, as most of Diablo’s spells are Fire elemental ones, with the exception of a few attacks like Cold Touch and Bone Prison and the Red Lighting Hose. As the latter is particularly powerful, you will want some Lightning resistant gear with you as well. As this spell spreads out in the direction Diablo is facing, you may be able to avoid it if you keep circling the boss.

Generally, you do not want to stay still at any time while fighting Diablo, as getting caught in one of his attacks means getting damaged a lot. You can attempt to slow him down using Cold based attacks, which should give you a bigger window of opportunity to deal damage or get away enough to use potions, which you should bring in huge quantities to this fight.

Other than this, focus on what your character is good at, continue avoiding attacks and spells, and Diablo will soon join his brother Mephisto in death!