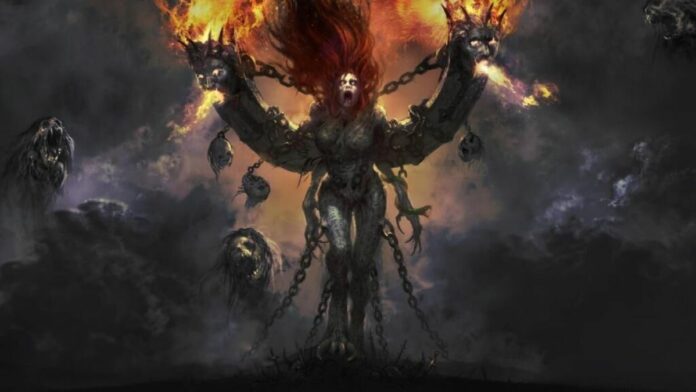 In Diablo II Resurrected, you will be facing tons of fearsome enemies, but none are as powerful as the bosses you will have to fight at the end of each Act. Going into these fights armed with knowledge and a solid strategy, however, will allow you to take them down with ease.

Here’s everything you need to know about Andariel, the first boss you will have to fight in Diablo II Resurrected.

Andariel, the Maiden of Anguish, guards the Rogue Monastery, and she will bar your way on the fourth level of the Catacombs. Defeating her will unlock your way to Act Two.

Andariel comes with different stats depending on the difficulty. Below, you can find her stats in all difficulties.

Like for regular stats, Andariel’s weaknesses and resistances change depending on the difficulty.

Being the very first boss in the game, defeating Andariel shouldn’t be too much of a problem if you have a decent grasp of the game’s mechanics.

The boss is weak against Fire, so being able to deal this type of elemental damage will make the fight much shorter, reducing the chances for Andariel to damage and defeat you. Also, make sure to bring some sort of Poison protection with you, as Andariel can inflict Poison damage with her green smoke and stingers attacks. These attacks are very difficult to avoid, so having Poison protection is extremely important to reduce received damage. If you do not have any gear that can protect you from poison, bring as many antidotes as you can to negate Poison.

Continue attacking Andariel, run around her if you need some time to make healing potion do their job, heal Poison as quickly as possible and the demon will soon be sent back to the Hell it has crawled from!