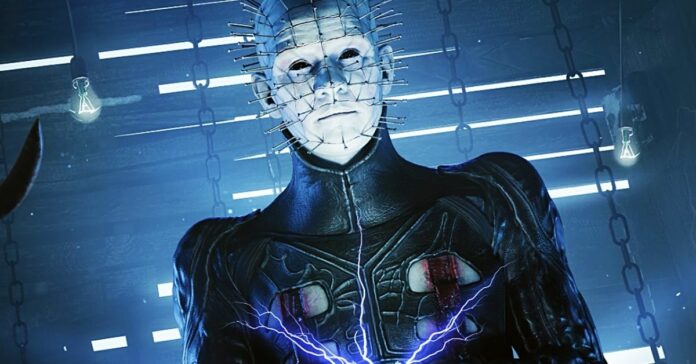 Pinhead is coming to Dead By Daylight Mobile at last. Developers for the asymmetrical multiplayer horror game announced recently that, after a long wait, Hellraiser fans will have the chance to purchase their Cenobite killer. The mobile version of Dead By Daylight has had many huge updates since its release in June 2019 and there has been much anticipation for this particular chapter.

The Hellraiser Chapter in Dead By Daylight

The new chapter coming to Dead By Daylight Mobile will be Hellraiser- based on the 1987 horror movie which was adapted from the book by Clive Barker. The Hellraiser Chapter will be a purchasable DLC and includes a brand new killer, The Cenobite, plus The Chatterer skin.

The Cenobite is a summoning type killer and uses his skill to bring forth chains to slow and injure survivors. He is a difficult killer to learn to play but once he is mastered he can be quite formidable. Check out his perks below.

When Will Hellraiser Arrive on Dead By Daylight Mobile?

The new chapter is due for mobile release on the 22nd of November 2021, according to the Dead By Daylight Mobile Twitter who posted the image below on the 17th November. Many fans have been saving up their Auric Cells for months in preparation for this new chapter!

Dead By Daylight Mobile is available to play for free on IOS and Android.