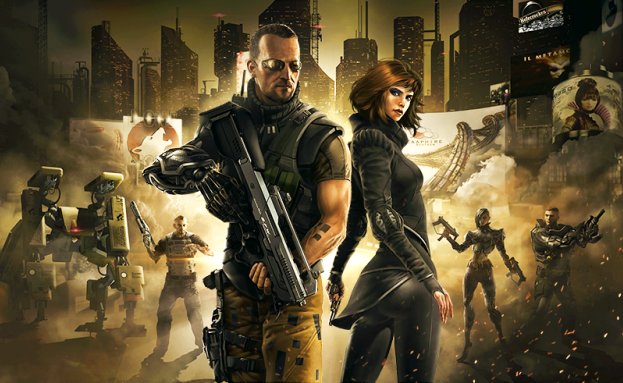 Square Enix decided that enough is enough and launched Deus Ex: The Fall on iOS for the cheap price of $6.99. Funnily enough, the game was supposed to get the New Zealand & Australia release first, but somehow the entire process got mixed up and Deus Ex: The Fall made it to every iTunes store all over the world. And nobody complained (well, maybe Square Enix did, but they’ll get over it soon).

What about the story? Well, here it is: Deus Ex: The Fall is the start of a new journey in the award winning Deus Ex game series. Set in 2027– the golden era for science, technology and human augmentation. Ben Saxon an augmented former British SAS Mercenary, is desperate for the truth behind a global conspiracy threatening his life.

The game requires a pretty heavy 1.6 GB of memory available and the developers recommend shutting down all the other running apps before starting the game. I’d add to that “plug in your device” because you’ll probably find it really difficult to stop.

Expect the story driver action-RPG we all love to deliver a great experience in a game where every action of your character has a consequence, where you can go the stealth way or the loud and stupid way and where you will see mobile gaming reinvented.

A true gem for just $6.99, make sure to head over to iTunes and download Deus Ex: The Fall.