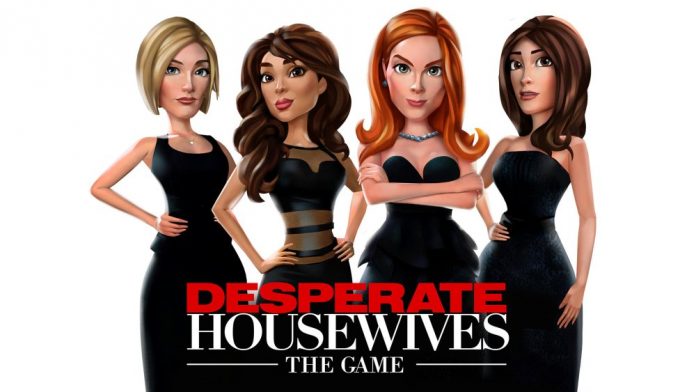 Rants away, Desperate Housewives: The Game is a pretty straightforward title that requires a bit of time investment on your side. It does have a few pleasant surprises the deeper you get into the game so it’s definitely worth playing especially if you’re a fan of this type of games. It’s fun, it has great graphics and a captivating story and that’s all that matters sometimes.

So let’s not waste a second and let’s check out some Desperate Housewives tips and tricks below to get the most out of the game!

1. Do a bit of walking
Exercising is great for your health and keeps a desperate housewife in a better shape. In game-talk, if you simply visit some of the outside areas, you will find items that you can tap on for extra money, experience and energy. Also, every now and then you will see a small square with three points in it: tap it and you’ll think about something, being rewarded with some energy instead. And since energy is so valuable, it’s worth doing this often.

You will know you have hit the cap and you can’t get any more goodies from tapping the random items outside (like watering cans, postal boxes and so on) when you tap a newly found one and nothing happens. But get back in a few hours and you’re back in business!

2. Don’t buy clothes and furniture
Early on, you won’t really need either and you’ll just spend money on stuff that just looks good (which is a totally understandable thing to do as well!) But my recommendation would be to wait to get at least to the middle of the second chapter before starting to make serious purchases in the game, because you will have better options, more funds and a better understanding of the game in order to buy stuff that matters and you’ll love forever. Or until the next update brings even better stuff.

3. Start missions with full energy
Your ultimate goal should be that of completing missions and getting a 3-star rating. Otherwise, you will get lower rewards and that’s not something you really want to do as it will make your progress through the game a lot slower. So always start new missions with a full set of energy or make sure you will definitely be back to complete a few more tasks before time runs out.

Most missions can be replayed if you are not able to get at least one star, so it’s a good strategy to try and use up energy up until right before the first star. Then quit the game and come back later with a full energy bar and master that mission. If you don’t get back in time, you get to repeat it anyway. (Please have in mind that this is somewhat risky as future updates might make this glitch impossible to use and you could end up not being able to replay the mission!)

It also seems that it doesn’t really matter what type of tasks you choose: the 1-energy ones give you as much completion per energy spent as the 4-star ones do. Therefore, feel free to randomly click the events until the meter is full. It’s a shame that this doesn’t make a difference as it does in most other games out there!

Plus, having a solid relationship with other characters opens up new areas in the game and gives you a lot more options overall. This is why I consider it’s a best idea to focus on these and work on them for a while before moving on to the really important things.

5. The choices you make
I have the feeling that the answers you choose whenever you have the chance to answer a question don’t matter too much. I tried using the Premium currency to get a perfect answer, but I’ve also went through with random regular answers and I haven’t seen any proof that things could’ve turned better. So my suggestion is to follow your gut and pick the answer you are most comfortable with, but if you really want to risk nothing, pay the diamonds and make sure that you really get the best possible outcome of all dialogs no matter what.

Apart from that, there’s really not much to say about this game. It’s pretty straightforward and it doesn’t come with an awful lot of strategy. Maybe later on things will get more complicated and we’ll make sure to write new tips if we find them.

Until then, if you have some extra Desperate Housewives: The Game tips for fellow players, let us all know by posting a comment below.