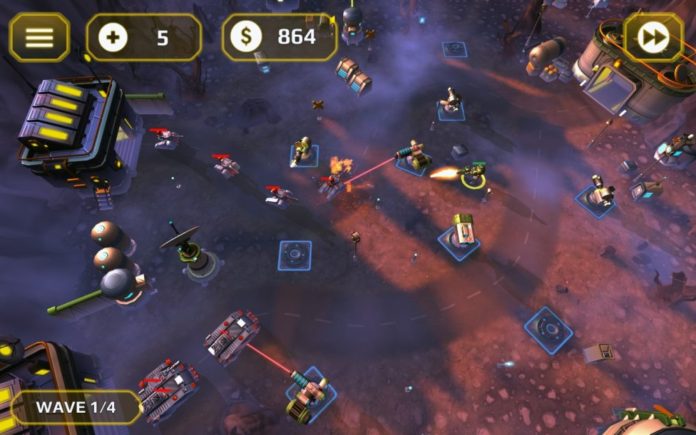 Hong Kong developer Gamespire released its first tower defence game for Android earlier this year, adding to their catalogue of action-packed apps. Now Tower Defense Generals is storming onto iOS, too, so Apple users can join the fun battle.

If you’ve played tower defence games before, you’ll be hitting the ground running here. Put in charge of keeping a colony safe, you have to deploy various defensive tower units to prevent enemies from breaching the compound walls. You can choose from 12 different towers, armed with missile launchers, lasers, machine guns and more, deploying them at the beginning of each mission to repel the marauding enemies. 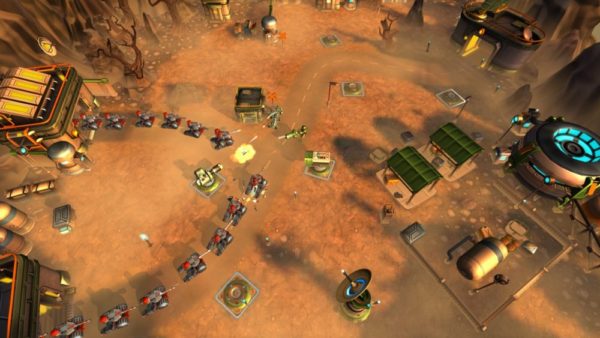 There are 20 enemy units to tackle including drones, tanks and armoured cars, arriving in waves. Let one of them slip by your defences into the colony beyond and you’ll lose a life. Lose all your lives and you’ve failed the mission. Keep them all at bay by blowing them to pieces, though, and you’ll accumulate a tidy sum of cash to spend on upgrades, which are essential if you’re to complete all 26 levels.

Tower Defense Generals features three difficulty levels to up the ante, and boasts 3D terrains ranging from desert to tundra, all rendered in high definition.

If you think you’ve got the tactical prowess to keep the colony safe, you can download Tower Defense Generals now on iOS, as well as Android.