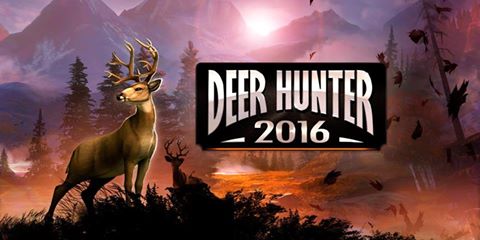 It’s an all new season with Deer Hunter 2016, the latest game in the first-person hunting series. Gear up with the latest guns, travel the world and hunt down the biggest game animals. Build up your arsenal with a variety of guns and steady your aim because we’re going in with our Deer Hunter 2016 cheats, tips and tricks strategy guide!

1. Steady your aim and control your gun!

On the first shot, take your time steadying your aim. The animals are not alerted until you make your first shot, so don’t be hasty. Remember the zoom in and out as needed; don’t stay zoomed in if you miss a shot and animals are running around wildly. It’s easy to keep track of them zoomed out.

2. Aim for the vital organs!

As gruesome as it sounds, you’ll get bonus cash if you can hit an animal’s organ. Some missions even require you to kill an animal in this fashion. Once you upgrade to the second rifle, you’ll have infrared vision that you can enable when zoomed in. This lets you see where the organs are. You’ll see three: the brain, the lungs, and the heart. The brain and lungs are the hardest to hit, but you get ten bonus cash. The lungs are the easiest to hit but you only get five bucks.

3. Do contract missions for extra cash!

The “gun series” missions are considered the mainline of missions. Sometimes, your gun won’t be upgraded enough to tackle certain missions. In this case, you can do the contract missions. These are freeplay missions that earn you some cash if you need to upgrade your guns.

You’ll notice that missions that have you kill multiple targets are slightly harder, since you don’t have time to steady your aim when going for the second kill. Later guns have a Suppression rating on them, and is enhanced by silencers. This reduces the chance of other animals becoming alerted when you get your first kill. If you’re having trouble with multiple kill missions, try upgrading your suppression!

5. Switch to your shotgun for close encounters!

At anytime during a hunt you can tap the swap button to switch to your other weapons. Some animals are aggressive, such as the bears. If you don’t kill them in one-shot, they’ll run straight for you! Switch to your shotgun, wait for them to get really close, then let ’em have it.

That’s all the deer hunting tips we have for now. Keep your guns upgraded and steady your aim! If you have any other tips or tricks, let us know in the comments below!