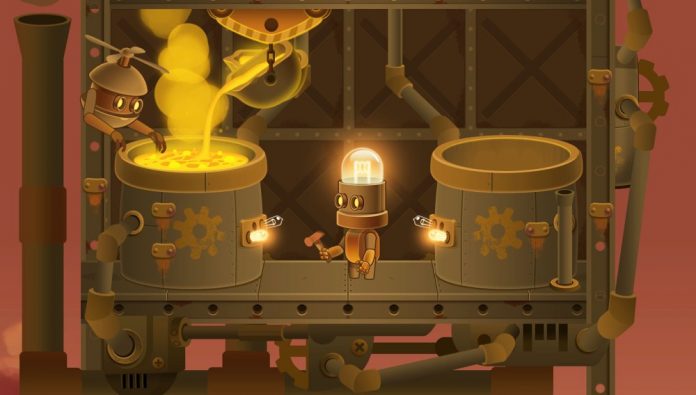 Deep Town is a really interesting game launched on mobile by Rockbite Games. With a unique concept and an awesome execution, this game will keep you busy for hours, always wondering what will happen next and what the next unlock will reveal. We’re here to help you uncover the secrets a lot faster and unlock everything in the game by sharing with you a complete guide to Deep Town: cheats and tips to be better than the rest.

This is not an extremely fast paced game, but it surely is a fun one, so let’s not waste a single second and let’s check out below some Deep Town tips and tricks for beginners and advanced players.

1. Move those mines
As you unlock more and more areas, building new mines becomes more expensive. A nice way of increasing your potential profits and keep everything running smoothly is to simply move your mines around. Moving your level 3 mine from area 1 to area 10 will definitely mean an improvement to your earnings because the type of resources you can mine usually gets better as you get deeper and deeper.

So the best strategy, unless you really focus on getting a specific type of resource and that is only offered in larger quantities by mines at the top, is to move your mine from the highest level to the lowest as soon as you unlock a new Area, then built a new mine at the top level when you have enough money.

Also, another good strategy is to keep your highest level mines at the bottom and lower level ones towards the top because high level mines have a greater item capacity and mine resources a bit faster. In the end, it’s all about optimizing production in order to optimize profits and it’s really easy to achieve!

2. Collect often from the mines
It goes without saying that, especially early on, your mines will fill up with resources quickly. Make sure that you collect from each one constantly in order to have a steady flow of resource production.

3. Switch the spells based on needs
As you unlock new Areas and defeat more bosses, you will also unlock new Spells. Some of them are useful against boss battles only (like the Ice Freeze or Nano Cloud), while others are better when mining (like the Pumper and Disposable Bots). Since switching them over costs you nothing, it makes sense to do so in order to optimize digging: equip the bots when you are mining, then switch to some more offensive spells when you are fighting against bosses.

4. How to easily defeat bosses
You will reach the wall pretty quickly in Deep Town and the boss fight will seem impossible to win. However, that’s not really the case: it’s all about using the right spells and upgrading them as much as possible. Here is what you have to do in order to win the boss battles easily:

– Use the right set of spells. I have only reached the Nano Cloud at the moment so probably better options will become available later on, but even with these, you should use for boss battles the Ice Freeze, Nano Cloud, Fire Blast and Laser Zap.
– Start your attack when you can use all spells. Begin with the Ice Freeze, then deploy the others. Keep Zapping with the laser. Rinse and repeat, using spells as soon as they are available.
– Keep your spells upgraded. Have in mind that every 10 levels you will need some sort of resource to upgrade, not regular coins so prepare for that. The higher the level you can take your spells to, the easier it will be to defeat bosses.

If you just can’t beat the boss, keep on collecting resources, craft advanced materials and sell them, upgrade your weapons and try again. You can still use the Laser Zap or Fire Blast on the Boss Stage in order to gain some extra resources, although your mines are better at producing them in larger quantities.

5. Sell base materials as rarely as possible
Although at first you won’t be able to get the required coins for upgrades and building mines unless you sell basic resources from your mines, later on you should never do that. Even more, you should try to keep the more advanced basic resources (like Amber and Gold) and sell the other ones because all these resources will be used eventually to craft something better and will sell at a much higher price per resource.

7. Complete Expeditions
I don’t consider these vital and I only send the robots to explore when I really have resources to spare, but it’s a great way to go through the game’s story and especially to gather free Premium Currency. Don’t focus on expeditions, but don’t forget about them either!

8. Upgrade Buildings and Learn New Recipes
Things get a bit more easier for you when you unlock the Drones because you get them to collect resources from you. Until then, you should try to learn all the available crafting recipes for the Smelter and Crafter and produce items based on what you need. Upgrading these buildings requires a ton of resources and early on is not really necessary since you won’t have the required resources to constantly produce items anyway, so you can still work with one line at a time.

But as you go deeper and deeper, you will start to feel the need to upgrade. When that happens, take a break from everything and collect the required items for an upgrade.

These would be, for now, our Deep Town tips and tricks for progressing quickly through the game. This will make defeating the Coal Elder a bit easier, although you probably know by now that it’s no easy task!

Also, if you have some tips and tricks of your own, don’t hesitate to share them with us and other players in the comment section below.