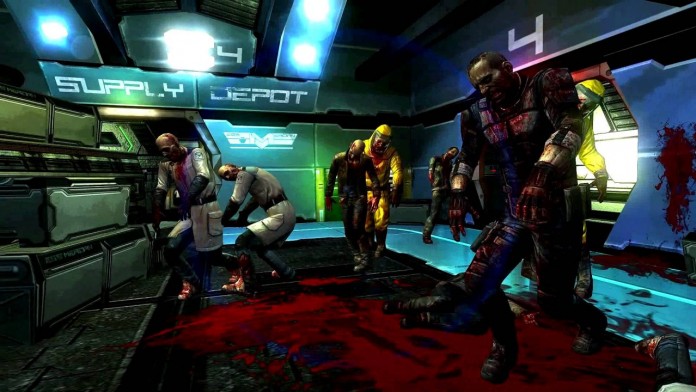 Playing a good game on the go is certainly a great experience but it’s even better to play a game that you have payed less on the go. One of the best shooter games released on the App Store this year is now available for a reduced price. Ready your guns!

Dead Effect features everything you might expect from a shooting game: zombies and other terrible creatures to shoot, big guns, a touch of gore and tons of fast paced action.

Dead Effect doesn’t really try to do anything different to be honest, but the game is simply so much fun that you will forgive the team for including features found in countless other first person shooters.

This doesn’t mean that Dead Effect doesn’t have any unique gameplay features. Some of the stages include some interesting ideas, like the ones where you’ve been infected with the virus that causes zombification. These sections never get in the way of the action and are a welcome diversion.

The game is currently on sale on the App Store, now costing only 99 cents. If you’re looking for a high speed action game, look no further.

If you want to see more of Dead Effect, you can check out a gameplay trailer right below. Are your guns ready? These zombies mean business.