Home Guides Dead by Daylight Mobile Trapper Guide: How to Play The Trapper 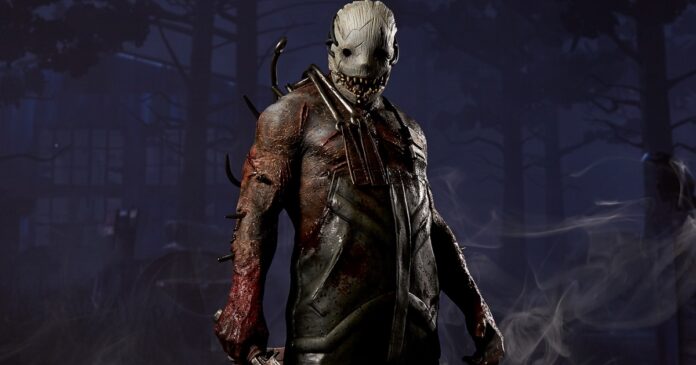 Dead By Daylight’s Trapper is one of the original trio of killers available when the game was introduced. With a grim slash of a smile on his mask, and hefty cleaver in hand, survivors had better watch their step. Find out below how best to play this formidable Dead By Daylight killer.

How to Play The Trapper

The Trapper, known as Evan MacMillan when he was alive, is a hefty man who patrols the map, placing traps to capture careless survivors. The trap placements can apply pressure to survivors, slowing them down, and trapping or injuring them. He is an easy killer to learn to play so he is considered a good killer for beginners in particular.

The Trapper’s Perks: The Trapper’s teachable perks are Unnerving Presence, Brutal Strength, and Agitation. These perks play on his strong physique and fearsome presence.

Related: Dead By Daylight Doctor Guide: How to Play the Doctor

Trapper’s Special Skill: Bear Traps. The Trapper can carry 2 Bear Traps at a time, and starts the game with two in hand. There are 6 others dotted about randomly through the map. Trapper must set the traps to catch the survivors, putting them in an injured state (unless an add-on is used to put them in a dying state).

Trap Placement: The best places to put Bear Traps are in areas survivors are going to run or vault through such as outside of windows or by pallets. They can also be hidden well in long grass or in the corn. Traps near the corners of the Killer Shack or other buildings can lead to survivors cursing your name as their attempt at looping is brought to a bloody end.

Trapper’s Add-Ons: Trapper has many add-ons to make the Bear Traps more deadly, less visible, or to ensure the survivors can be found easily if they manage to release themselves. Trapper can darken his traps by using Logwood Dye or Tar Bottle which are particularly useful in more open maps without grass patches.

Trapper beware: try not to step in your own trap! It will either slow you down, or if you are carrying a survivor, it will cause you to drop them and let them escape your grasp.

What is your favourite perk build for the Trapper? Do you enjoy his perks, or use perks from other killers? Let us know in the comments below.

Dead by Daylight Mobile Trapper Guide: How to Play The Trapper