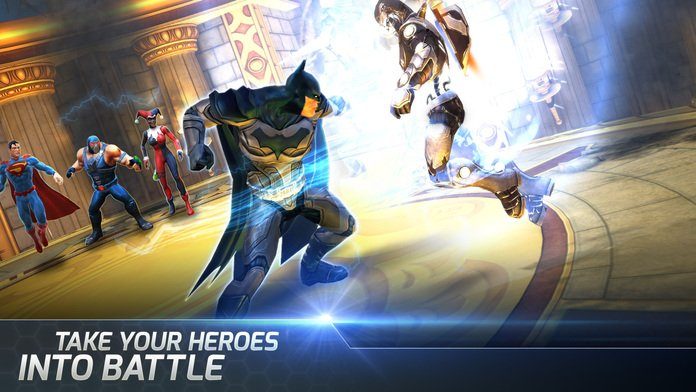 Warner Bros had an amazing surprise for us all today when they decided to launch DC Legends to the world. A new RPG with our favorite superheroes from the DC universe, this game is clearly a win. And I am here to make sure you keep on winning as well by sharing with you some DC Legends cheats and tips. This is a complete strategy guide that will help you unlock more heroes, win all battles and get the most out of the game. And one thing is certain: it will be really fun!

So let’s not waste a single second and let’s check out below some DC Legends tips, tricks and strategies!

1. Always build your team based on your opponents
The great thing about DC Legends is that you can easily unlock new heroes that you can take to battle. Even better is the fact that before each mission or PvP fight, you can see exactly who your opponents will be. This means that you should always adjust your team based on the opponent you are facing. Remember that the game follows the classic rock-paper-scissors mechanic, meaning that one element is strong against another and weak against the third. All you have to do to greatly increase your chances of winning every battle is to simply select the better team that has the better advantage in battle.

2. Level up the Superheroes smartly
You will soon have a ton of Superheroes to make part of your team, but so little in terms of XP potions. That’s not a problem, though, as you will have heroes that you will rarely use in battle because they are not that great. This means that you should focus on maxing out the level of the best heroes in your hand first, then work on the remaining ones if you still have money and XP potions. Good heroes to level up early on that are usually unlocked by everybody are Flash, Sinestro and Wonder Woman. You might have different heroes, so pick the best and focus on leveling them up first.

3. Upgrading skills and empowering items
You can also upgrade the skills of your heroes, as well as “empower” their items in order to increase their gear rank and therefore overall stats. Again, you should play it smart here as well: when it comes to upgrading Super Powers, you will use the same items for all your heroes, so it is vital to upgrade the best skills of your most used heroes first, then move on to other heroes. Sometimes, it’s a good idea to be patient and wait to get enough items in order to upgrade a superpower of a specific hero instead of quickly upgrading one or more with the items you have for Superheroes you don’t use. The same goes for Empowering, even though here I would generally go and empower items as soon as I have them unlocked.

In order to get more items to upgrade the skills of your heroes or the required items for empowering, you should complete specific missions that potentially reward you the required missions. Play through the campaign for as long as possible, then take a break of 10-20 battles where you work on getting the required items for empowering and upgrading your Superheroes. You will have to do this eventually in order to remain competitive and it will give you a great bonus if you do this early on: a bonus that will be felt especially in the PvP arena.

4. How to win your battles
The tip #1 is not the only thing you have to do in order to win battles. Being strategic and playing a smart game is a must in most cases, so here is what you should do: first, find the perfect moment for using your Superheroes’ special skills. Usually, the faster you use them, the better since the effects are permanent (until debuffed) but there are some occasions when you should wait to use them (like the obvious Heal – use it only when needed, other skills follow a similar route as well).

It’s also extremely important to focus on hitting a single enemy over and over again in order to take them down and eliminate them from the opponent’s team. One less hero means less damage for your own heroes, so always target either the easiest one to beat or the one that deals the most damage and take them out first, then take out enemies one by one.

Also, don’t play on Auto unless you are 100% sure that you are overpowering the opponent and you won’t lose any heroes during that battle: the AI on auto usually plays a very poor game for your side!

Finally, always pay attention to the buffs they have, how often the enemies strike and against which enemies you have the upper hand in battle (element bonus) and take them out accordingly. Usually, in campaign battles, it’s best to leave the bosses last because they have a lot of health and it takes a few turns to destroy them.

5. How to unlock more heroes
Unlocking more heroes in the game is not very difficult, but it does require some work. Fortunately, there are a lot of ways for you to get Hero shards which are used to unlock and level up heroes. Simply playing through the campaign will reward you with a ton of hero shards and will unlock you enough heroes not to get bored: on many occasions, for each first play of a campaign mission, you get multiple Hero shards. You also get Hero shards dropped from playing Heroic difficulty missions and that should be considered your main way to get shards for upgrading your favorite heroes.

Being active in the PvP wraith arena and winning as much as possible is also something you should do, because you get Battle Essence which you can use in the store to buy the Big Arena Pack (never go for the Mini version since it gives you worse rewards). Also, climbing up the ranks and staying in superior leagues also guarantees you drops of Hero Shards when the leagues are reset, plus a big chunk of Battle essence as well. So being extremely active in the PvP arena is vital to unlock new heroes!

You can also get new Heroes by collecting the daily bonuses (simply log in each day and every now and then you will be rewarded with Hero shards) or by purchasing packs from the store. Live events can also reward you with special heroes or shards, as well as completing specific missions in the game. All in all, you have a ton of ways to get more heroes in DC Legends!

These would be, for now, our DC Legends tips and tricks, but we’ll make sure to share more with you if we find more or better strategies. If you have questions or tips of your own, don’t hesitate to share them in the comment section below! 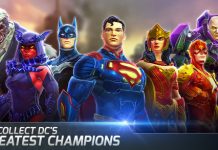 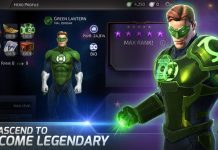 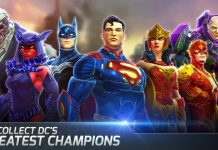 DC Legends: How to Unlock All Heroes in the Game Quickly