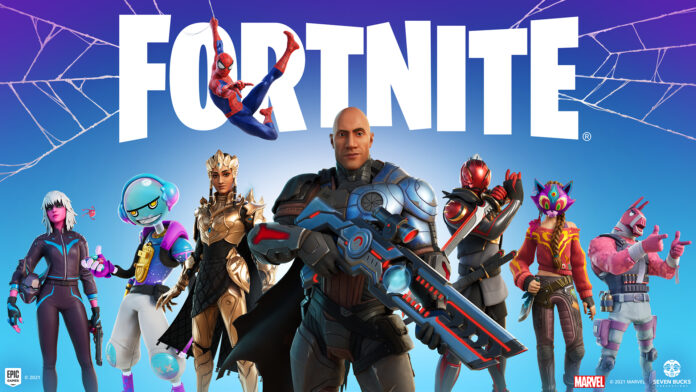 Leakers have uncovered files that hint towards a Fortnite x Cobra Kai collaboration that will soon be appearing in the game. Cobra Kai is a famous Netflix TV show featuring Karate kid celebrities Daniel LaRusso and Johnny Lawrence for the uninitiated. The upcoming collab will come with unique skins and cosmetics inspired by the show.

Fortnite Chapter 3 Season 1 is already full of content and things to do. This newly leaked Fortnite x Cobra Kai is to celebrate the launch of the fourth season of Cobra Kai on December 31st.

Fortnite x Cobra Kai: What to expect from the collaboration in Chapter 3 Season 1

The leaks about the collaboration come via the prominent Fortnite leaker ShiinaBR, who shed some light about the collab in their recent tweets. As per the leaker, “there are currently three encrypted sprays for Cobra Kai in the files.”

This means that the developers have already pushed the contents of the collab and it might go live in the upcoming weeks. Here are the names of these encrypted files:

We might even get to see some unique skin styles inspired by the characters of the show, as well as gliders, back bling, pickaxes, and more. Apart from this, not much is known about the Fortnite x Cobra Kai collaboration. Epic Games might offer the Cobra Kai bundles for free which seems pretty bleak.

Or the developers always have the option of putting the bundles in the Fortnite Item Shop. However, without an official word, all these remain mere speculations. With that said, this new collab will only add to Fortnite’s ever-growing list of partnerships while also drawing more players.