Home Guides Dark Sword 2: Characters Guide & How to Get Them 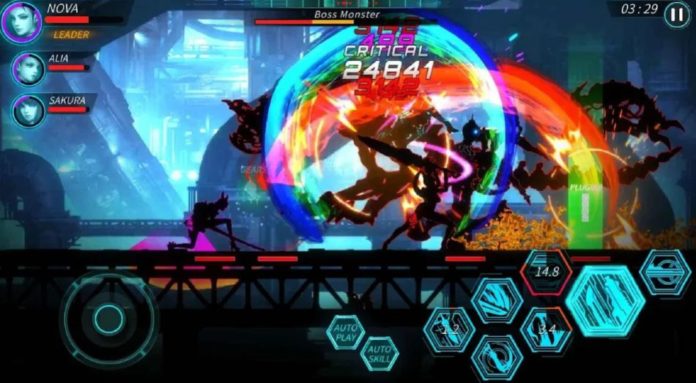 In today’s article we are going to give you a complete Dark Sword 2 Characters Guide and tell you how to get them, so that you can quickly upgrade them and make them more powerful!

By now you should make sure you take a look at our game guide, so you will know every little tip and trick that we gathered, so you can pass the stages much faster! Once you’ve done that, you will know exactly everything that we will discuss about in this article.

So, without further ado, here’s our Dark Sword 2 characters guide & how to get the characters’ fragments so that you can make some powerful teams!

Dark Sword 2 – What are the characters?

The characters are basically androids which, for one reason or another, have started rebelling and joining the human side. At the very start you will have 3: Nova, Alia and Sakura.

You will be able to unlock more by completing various missions, but you can also upgrade the ones that you have, from C rank to B, A, S and S+ ranks. They are all good characters and specialize in a certain attribute, so eventually you should upgrade all of them.

Dark Sword 2 – How to upgrade characters?

You can upgrade characters in various ways, starting with their stats and gears, which will boost their power overall. Let’s take a look at them:

– you can upgrade their weapons (by heading to the Fatima tab -> Weapons) and then start leveling them up with Gold to boost their Attack. More weapons will be unlocked as you collect weapon fragments.

– you can upgrade their skills (by heading to the Fatima tab -> Skills) and then leveling the skills up with Gold. More skills will be unlocked the more you rank up your Fatima (androids).

– you can upgrade their stats power (by heading to the Fatima tab -> Plugins) and adding the right plugins which give various stats (tap on the plugin to see what bonuses it gives and select the ones which are “best” – marked as red- for each character).

– you can add Insignias to your characters, which also boost their stats (by heading to the Fatima tab -> Insignia), but these are of two kinds: General (fit all characters) and Exclusive (character-locked). The Exclusive ones are better designer for the specific Fatima it fits.

– you can further boost their stats by adding Gears (head on to the Fatima tab -> Gears) and select the Gear which is better fitted for the specific Fatima. These Gears’ batteries will run out, so I suggest that you either use Battery Charge to repair them and fill up their battery life or equip others (or use Toolkits to remove them after use).

Upgrade the characters by ranking them up

You can rank up the characters by collecting enough Cores (fragments) of that specific Fatima, and then tapping on the “Rank Up” button (you can find this in Fatima -> AI tab). There you will also see how many Cores of that character you currently own.

The characters will start at C Rank, and with enough Cores (you will need 10 for start) you can rank them up to B Rank. Once they are B rank, you will need more Cores to rank them to A Rank. After A Rank comes S Rank and S+ Rank, which is the highest. It will take a little to get there, but in time – everything’s possible!

Level up the characters

You can level up the characters to amplify their stats, and if you followed what we mentioned in our game guide you will know exactly how to pick the right stats (hint: always accept the stats if it’s purple, else watch ads to reset and hope that you get it).

You can also use the “Speed Growth” tab (under Fatima -> AI tab) and once you head on there, you can tap on the EXP Packs to use them. You can see how many EXP Packs you own under each EXP Pack. These are good to level up your new Fatima when you get them!

Dark Sword 2 – How to get more characters / Fatima

In game there are quite a few ways that you can collect more Fatima, and if you want to learn all about them, then let me give you a hand, because that will definitely come in handy!

You can get more characters in Dark Sword 2 by completing the following:

– Every time after finishing single missions, you will receive a few rewards, among which you can have Cores too. The rewards are random, so it’s not like you will collect Cores every time you complete Single missions.

– From certain stages from the Squad Missions you will receive some certain Fatima Cores. The Squad Missions are more difficult than the single ones, and they can only be played with the whole squad at once (hence the name).

– You can get Cores by opening Supply Cubes. It’s random, so you can get either equipment, gears, stuff like that or Cores for Fatima. I suggest saving 300 Souls so that you can buy 12 Supply Cubes, instead of spending 30 Souls to get them one by one.

– If you are a Premium player, you can buy the Cores directly from the Shop, with real life money!

– You can buy each Fatima’s Cores from the Shop by using 700 Souls. Head on to the Shop -> Fatima and there you will see all six of them. This costs a lot though, so good luck getting everything that fast!

These would be all for our Dark Sword 2 characters guide & how to get the characters! Do you have any other questions regarding the characters, or how you can get them? Leave a comment down below! 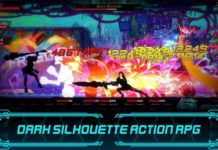 Dark Sword 2 Cheats: Tips & Guide to Defeat All Opponents and Pass All Stages