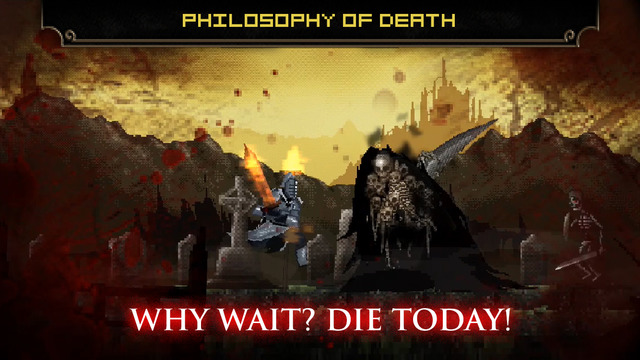 Fans of the Dark Souls series are getting ready to die over and over again in the new entry of the series launching in less than two months, but if they really need to lose their virtual life now, they have the chance to do so in a recently released new endless runner game.

Slashy Souls, created by Bandai Namco in collaboration with GameStop, is a free endless runner game inspired by the world of Dark Souls III. The game features multiple weapons, plenty of powerful enemies to defeat and more. The game isn’t really part of the Dark Souls series, but its aesthetics are so close to both the new game and Dark Souls 2 that it’s hard not to consider it part of the From Software developed series.

Slashy Souls is now available for download for free on the App Store. The game seems to be a fun way to kill time while waiting for Dark Souls III to hit North America and Europe, so check it out if you’re not afraid of death.