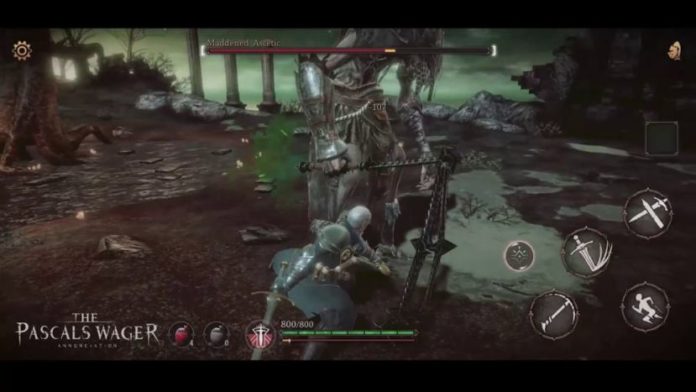 The Dark Souls series has yet to make the jump to mobile, and likely never will, considering how these games are developed with PC and consoles in mind, but if you are looking to enjoy a similar experience on the go, you will definitely want to take a look at Pascal’s Wager, released today on the App Store.

Pascal’s Wager comes with all the features Dark Souls fans like in their games, such as extremely challenging difficulty level, a grim setting, plenty of vicious monsters and a huge, interconnected world.

Despite the similarities with the series developed by From Software, Pascal’s Wager is not entirely a Dark Souls clone. While the game’s combat system relies heavily on stamina management, Pascal’s Wager features different characters that come with different play styles and combat upgrades, so things never get stale.

Pascal’s Wager’s main issue is the touch controls, which are not suited for this type of game. They do work well, but if you are a hardcore Souls fan, you will switch to a controller pretty quickly.

Pascal’s Wager is now available on the App Store globally.