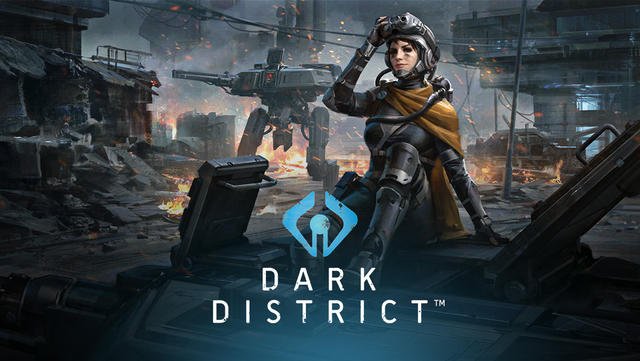 Kabam decided to give it a go with Dark District, a game like Clash of Clans, and we are here to share with you our early Dark District cheats, a set of tips and tricks that will hopefully help you get better at the game and crush your enemies – both in the single player campaign as well as multiplayer – easily.

There are some changes compared to the Clash of Clans clones out there and only time will tell if Kabam made the right choices, but we still have below our Dark District cheats and tips!

(If you’re no longer a new player, scroll down for some more advanced strategies)

Build and upgrade your base
It doesn’t really matter in what order you build up your base at first, but you should always have your builders do something: you might want to start with placing the resource producing buildings first, then start upgrading what you already have. The Command Center is extremely important as it is the one that raises the bar of resources that you can store, while the War Factory and Deployment Dock go hand in hand – one produces units, the other one holds them.

Upgrade Resource Buildings First, Weapons Second
When deciding, early on, between upgrading the defensive weapons and the resource generating buildings, you should always go for the latter, as you will need more resources than defense early on and you won’t have the means of getting them through combat. Things change as you progress and you have to actually defend your resources, and then weapons and walls become a priority.

Start attacking as soon as you hit level 5
By the time you reach level 5 and your protection expires, you should already have the T1 Python upgraded to level 2 or 3 and 7 of them trained. This is the minimum I would recommend to go to battle with. And as soon as you can do it, start attacking other players. Browse through them until you find one that looks easy enough to defeat and deploy your troops. At first, three Pythons should be considered enough for 1 Machine Gun, four or five should be deployed for two machine guns and go safe with seven if there are three. Also use the targeting option – tap the machine gun you want all your troops to attack in order to focus fire there and take them down one by one.

Always build, always have troops
This is something you should always aim for: always have your buildings produce something and your workers busy. Upgrades, training, everything should go full steam at all times in order to have a base that progresses easily.

Hexium over Alloy
The Hexium Extractor should be your primary source of upgrading because that is the resource that you will need the most: for training troops, for upgrading and researching, that is the premium resource and you should max out production as soon as possible.

Wall in your defensive buildings
Keep your defensive turrets protected by walls. These are usually the first types of buildings that opponents target when attacking your base and you should make sure to keep them safe. Although walls are only useful if there’s enough distance between them and what you’re trying to protect and their limited numbers don’t help, you should still do your best to use them to your own advantage and block attackers.

Attack the resources first
To make sure that you don’t fall in the same trap as the players attacking your base will, make sure to focus your attacks on resource generating buildings. A quick strike to those guarantees resources even if you lose the battle. If you focus your attacks on the enemy defensive troops and they destroy your troops, you earn nothing but some lousy XP. And with XP points you can’t upgrade your base!

Control the movement and attacks of your troops
Just like in any real time strategy game, tapping a place on the game map will instruct all your troops to move there. If you tap a building, then your troops will all go to attack that specific building. Moving all your troops together is a good idea when planning the next attack: it’s better to take the defensive buildings down one by one, instead of randomly shooting at them with few troops. So group, attack, regroup, attack again.

Keep your defenses tight
One of the biggest mistakes is to keep your defensive buildings spread out. This makes them easy targets for enemy troops that will take them down one by one. Try to make sure that they’re all covered at all times and you will always have at least two defensive buildings shooting at invaders as soon as they’re in range. It’s the only way to try and fight out a solid attacker. Still, if you lose, it’s not the end of the world – just attack some players and get back on track!

Base design ideas
Things are pretty simple in my opinion – build in the middle of the map, with the Command Center in the middle, the high range weapons out of sight and the machine guns on the outside. Fence your buildings in as much as possible with the help of walls and use them to direct troops to your main defense points. Don’t let areas unguarded though because walls can be easily shot down!

Do you have any other tips and tricks for fellow Dark District players on iOS? Let us know by commenting below!