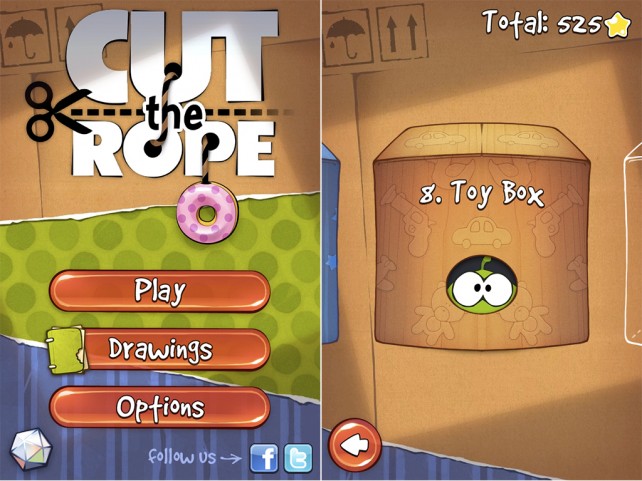 Cut The Rope is one of the most successful games ever released on iOS, thanks to its simple but engaging gameplay experience. It’s also one of the few games that have ended up being released on gaming consoles, not something that many titles manage to do.

With such a huge success, it would have been strange not to see a sequel. Cut The Rope 2 is currently under development and some new details on the new game starring Om Nom have emerged today.

According to Zeptolab, the team behind the game, the new setting for Cut The Rope is going to be quite different from the box we all know and love. Om Nom will be venturing outside his box in his exciting new adventure.

Unfortunately the concrete new details end here. Zeptolab has revealed that we will meet new characters, progress through new levels and listen to new music, but this is not really telling us much about the game.

Cut The Rope isn’t the only game of the series starring the little hungry monster, as earlier this year Cut The Rope: Time Travel has also been released, featuring more of the rope cutting, candy eating action of the original game.

Cut The Rope and Cut The Rope: Time Travel are now available on the App Store, playable on both iPhone and iPad. We’ll keep you updated as soon as something new comes in on the new game. A new teaser trailer certainly wouldn’t hurt either.