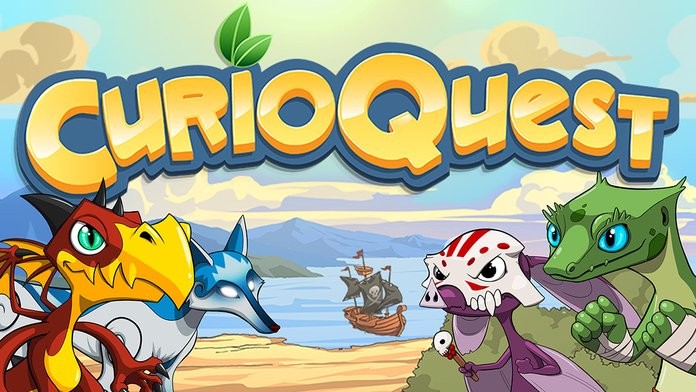 A great new RPG game with collecting elements has been launched on the App Store under the name of Curio Quest. You are teleported in an interesting land filled with strange creatures and you have to battle them all in fun but sometimes frustrating battles. We’re here to help you get the most out of the game with some Curio Quest cheats and tips to win all battles and, of course, get all the Curios in the game.

So let’s not waste any time and let’s get started with Touch Tap Play’s Curio Quest tips and tricks below!

Level your Curios up
Even if you don’t have extremely rare Curios fighting by your side, if you level them up, they get a lot stronger and they can really help you win some battles. So replay the nodes that can be replayed over and over again in order to gain experience, level up your Curios evenly and this way you will be able to take out the more difficult ones.

Assign Skills
Every time you level up, you gain Skill Points that can be assigned to learn new Skills or upgrade existing ones. I would suggest learning four skills with your Curios to always have an option besides the regular attacks and then upgrade the ones you like the most and cause the more damage. Each Curio comes with different skills, so it’s up for you to decide which are the best. But don’t forget to upgrade them!

Pro Tip: Don’t ignore the basic skills that don’t require mana. They can prove extremely useful if you run out of mana and that’s all you can use!

A plus near character shows extra strength
There are a ton of elements in the game and some have an advantage over others, while others are weaker, but you don’t really have to remember them all: simply look on the screen for information near the portraits of your characters: if there’s a Plus sign near their portray, they are stronger against that enemy and if you see there’s a minus, then they are weaker. Obviously, go for the Plus sign whenever possible and send a different Curio if you see a minus.

Curio DNA Mechanics
Randomly in battle, you will capture Curio DNA. This means that you have a chance to replicate and gain the Curio in question (if you spend regular coins) or be certain that you get it if you use the premium currency. There’s a slight advantage when getting Curio DNA over the Discs that you can get in the Shop in the fact that you know exactly what Curio you’re going to get and you’ll pay less per Curio. However, if you use regular coins, there’s a chance you won’t succeed in replicating DNA and you will lose your money. It’s basically a gamble no matter what you choose, but I would recommend NOT to use the Curio DNA when you already have that Curio and you don’t need a new one.

Join a Club for Club Wars
Beating the Curios in the single player campaign is fun, but nothing compares to testing your power in the PvP battles. Take that to the next level by joining an active clan (club) that takes part in Club Wars for extra rewards and goodies that help you progress faster.

These are, for now, our Curio Quest tips and tricks for beginners out there. If you have other strategies that work and you feel other players should know them, let us know by commenting below!