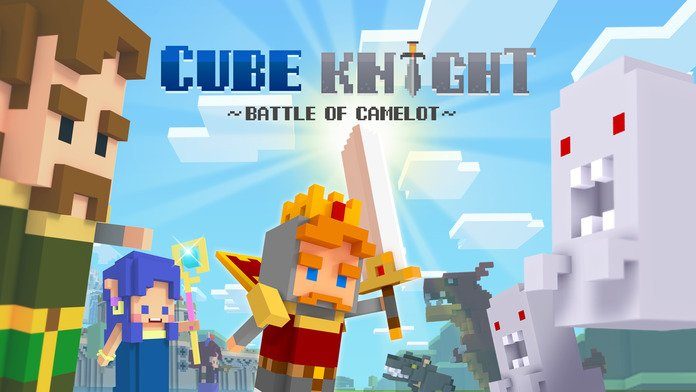 Cube Knight: Battle of Camelot is a fun new game that has just been launched on the App Store and Google play, one that puts you in the shoes of heroes fighting horrible creatures and magicians for glory and fun. And we’re here to help make the experience a lot more fun by sharing with you a bunch of Cube Knight: Battle of Camelot cheats: tips and tricks that will help you clear all the waves before all hell breaks loose, upgrade and unlock characters and get the best possible weapons.

So let’s not waste a single second and let’s check out below some Cube Knight: Battle of Camelot tips and cheats!

2. Barrier is more important than HP
Your barrier is the shield that prevents damage from hurting your hero. It is extremely important as the Barrier seems to take less damage than the amount of damage you take otherwise. Therefore, when leveling up, if you have no better options, go for the skills that restore and increase your barrier and make sure that you wear equipment that increases your barrier. Lose your barrier and you will have a really tough time in the game!

3. How to level up
Unlike other games, Cube Knight: Battle of Camelot comes with an interesting leveling up mechanic: your character always starts at level 1, but levels up all the way to level 5 in each mission, letting you choose one of three options every time they level up. Fortunately, the choices are usually easy to make. Here is the order in which I would suggest you to choose the level up boosts for your character: first and most important, increase your damage. If not available, get something that restores/increases barrier. If not available, get attack speed increase. On the rare occasion that none of these are available, go for either increased HP or increased movement speed.

4. Purchase items from the shop
Always keep an eye on the shop and refresh it whenever necessary in order to get a complete set of items for your Hero. Check out the items available on the market as they offer different boosts and pick the ones that give you the most, but don’t be too picky: if you don’t have an item for that slot, buy it even if it doesn’t seem amazing. It’s better than nothing!

5. Find your favorite hero
There are four characters that you can unlock from playing the game and four more that cost Diamonds to unlock. The four free ones are very good and you should play as each of them for a few times and find which is better for your play style. I personally got used with Lancelot and kept playing as him over and over again and I have no complaints.

The reason why you want to choose a hero and focus on him or her is that you need them equipped with the best possible equipment in the game, and it would take a lot of time (and resources) to do it for all of them.

6. Find each map’s safe spots
Depending on the Hero you play as, they will have different advantages in different areas on the map. Try to find those as they are easy to find and play in such a way that you lure the incoming waves of enemies there in order to help you take them down faster. For Lancelot, which I played almost exclusively, narrow places like bridges or small passages work flawlessly as you damage the entire horde when they’re passing through them. Always be on the move, always escape your enemies and bring them where it’s easier for you to destroy them.

7. How to defeat bosses easily
Keep on moving and learn their shooting patterns. It’s a lot easier than it sounds, especially since they will have the same patterns no matter what difficulty level you’re on. Keep on moving, trying to surround them, use the props in each scene to shield you from their shots that can be shielded and keep sending blows at them over and over again. Once you learn their shooting patterns and you can run around them (more or less) while keeping them in open enough areas too hit them, but not open enough not to have where to hide, you will be just fine!

These would be, for now, our Cube Knight tips and tricks. If you have additional tricks for fellow players, let us know by commenting below! 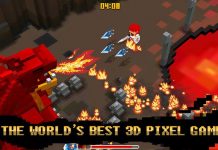