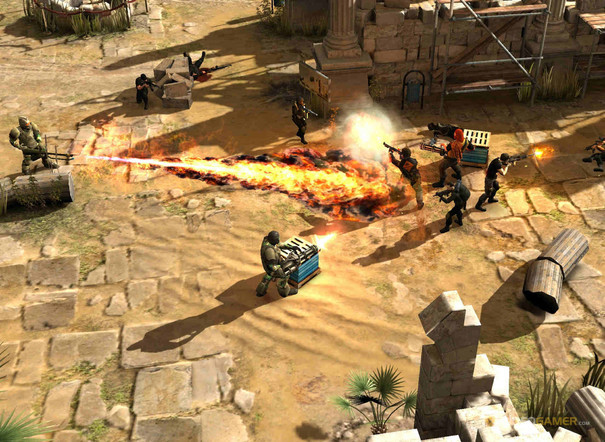 Another accomplished consoles and PC developer is going to enter the mobile gaming market with a high profile title. A few hours ago Crytek announced The Collectables, a top down free to play shooter releasing sometime next year.

The game will be developed using CryEngine in collaboration with DeNA. The Collectables will star a squad of unconventional soldiers sent on missions all over the world.

Actual details on the game are scarce at the moment. Judging from the trailer released today, players will be able to collect various characters and upgrade weapons and abilities. Nothing different from countless other free to play games.

A free character called Reload will be given to you for free if you pre-register the game on its website.

“DeNA offers unparalleled experience in the mobile gaming space, and we’re excited to be collaborating with their team to deliver The Collectables to players. The Collectables will be the first free-to-play mobile game that leverages Crytek’s cutting-edge 3D game technology CRYENGINE.”

Even though The Collectables is going to be the team’s first free to play title, Crytek is not new to free to play games, having released the online shooter Warface not too long ago.

The first batch of screenshots has also been released today. You can check them out right below. Following the screenshots is the announcement trailer.

The Collectables will be released on the App Store sometime during 2014.