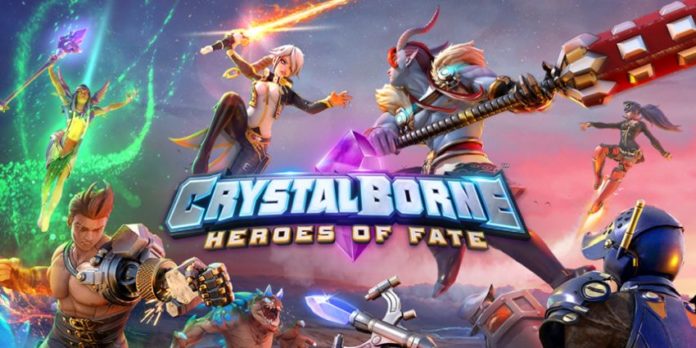 Machine Zone’s Crystalborne: Heroes of Fate is an epic RPG set in a world of floating cities and powerful heroes. A once free and safe land, Horizon has now fallen to the nefarious General Kaine and his deadly marauder army.

They’ve been hard at work capturing and imprisoning the world’s heroes, and so the task of saving them and the people of Horizon falls to you, a young woman named Odette, the legendary Crystal Breaker. Word is spreading that the world-destroying Leviathan will soon return, so it’s imperative that you gather together a team and make full use of your hidden powers.

Alongside your newfound companions and online friends, you’ll work to take back the fallen regions by venturing out and crushing your enemies in turn-based combat encounters.

The systems at play during combat are surprisingly deep, serving up a number of potential playstyles and strategies to test out. All of this is made even better with a friend by your side thanks to the game’s inventive social aspects.

Crystalborne retains the scope and personality of many classic RPGs while bringing the genre right into the present, delivering an incredible world to become immersed in and near console-quality visuals to enjoy. It is, at its heart, a multiplayer experience, so it’s advised that you partner up with some friends old or new to play through the story and become heroes together.

Crystalborne: Heroes of Fate can be found available for download now from both Google Play and the App Store.