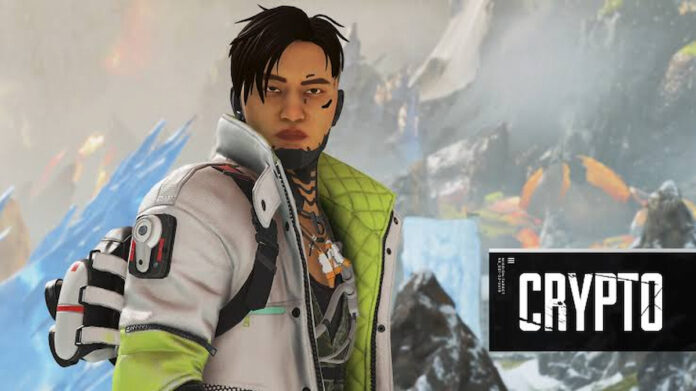 There have been numerous Apex Legends Mobile leaks floating around the next playable legend character that will be coming to the game. It was finally confirmed after a recent ‘store-bug’ allowed players to purchase Crypto in exchange for the game’s syndicate golds.

However, Respawn were quick to detect the bug and fixed it shortly after through an in-game announcement with details on the launch of the new legend.

Apex Legends Mobile has been immensely popular these last couple of months after it was globally released in late May. Fans are always hyping around the addition of new legends and the bug showed recon legend ‘Crypto’ in the game, which has raised excitement amongst the fans.

This was also the case when leaks from credible data miners such as ‘Leakers On Duty APEXM’, and ‘ThatOneGamingBot’ hinted at the arrival of Recon Legend Crypto in season 2.5.

A Twitter user has expressed their disappointment for not being in the game when the Crypto bug was live. Saying “I could’ve bought him for free.”

Crypto Was Already Available in the Game

Crypto was already made available in the in-game store and the issue was reported by numerous players and content creators of Apex Legends Mobile. Some players who were able to purchase Crypto for 750 Syndicate Golds could not play with the legend.

Another announcement came from the development team which confirmed that the legend has been removed from the store and his temporary inclusion was due to a store bug and was not intended. The announcement also informed players who purchased Crypto that they will be able to use him at a later date.

The upcoming season 2.5 in Apex Legends Mobile is reportedly called Hyperbeats. Season Distortion is currently ongoing in the game and will receive a mid-seasonal update with many hinting that it’ll be titled Hyperbeats.

Bringing Crypto to the forthcoming season also points out that Respawn is inclined to add a new mobile-exclusive legend in the game’s primary seasons and a legend from the PC version in every mid-season.