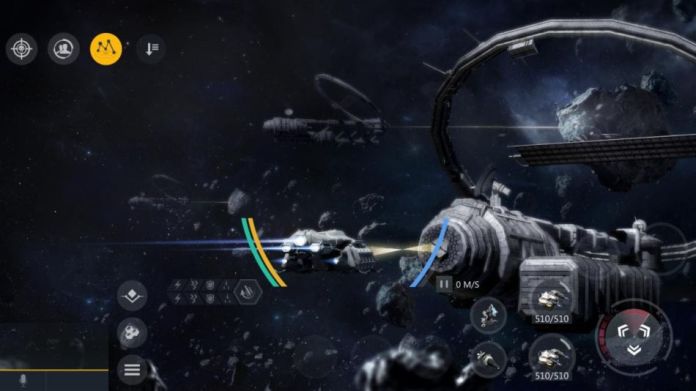 For the Star Wars fans and not only, the new game that officially launched today, Second Galaxy, is a new experience that sends you way into the future into a beautiful open world MMO.

The game is set somewhere around 3000 years into the future, so you can imagine that the world has changed quite a bit; which means that mankind has expanded and colonized a new region called “Second Galaxy”. Of course, not all colonists’ ships are the same, and you will be able to choose between Neo-European Federation, Economic Community of Dawn, Oracle Empire, Republic of Svarus and United Solar Systems of Hygara.

Each of these will have their own features and designs, and of course weaponry systems! So if you want a ship which specializes in laser cannons for example, then you will definitely want to go for Oracle Empire!

Second Galaxy promises to have high end, console quality graphics, which for mobile game you can imagine can be a little requiring. Because of its fully 3D created open world, the game will place the player into the right scenario, with these graphics working as an element which makes the game’s world feel even more real (so I am guessing that your mobile device battery will cry for constant recharges).

As Second Galaxy is an open world Sci-Fi, there will be a ton of stellar and interstellar features to explore, from wormholes, space stations, dark matter and even black holes! All those and not only will lead the players to encountering various challenges and even other players all throughout their missions.

In the game there will be neutral grounds, such as neutral trading planets, and even an underground black market where real time transactions can take place. As these are called “neutral” you can already probably tell that the game will sometimes feature large scale battles!

Second Galaxy is now available for both Android and iOS players for free, and it contains IAPs, so you can check it out right now!

Create Your Own Sci-Fi Life in Second Galaxy, Now Available on Mobile