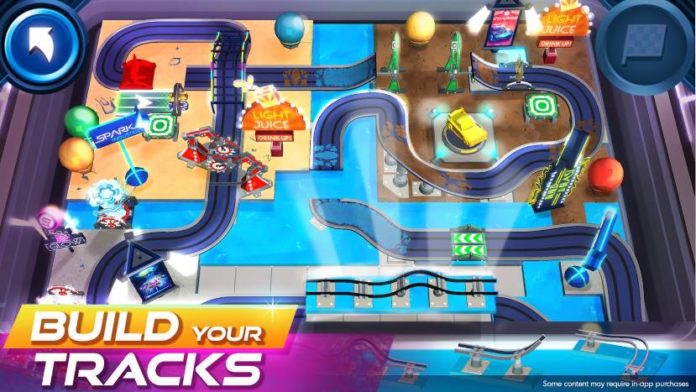 Racing with high powered cars equipped with sci-fi tech and gear is fun and all… but what about racing on tracks that you have created yourself? Let your inner creative speed demon out in RaceCraft!

RaceCraft is a new racing game where you get to craft your own tracks, just like the name suggests. First, players get to build their own awesome car using custom parts. Each part gives the car new abilities like hover jets, protection from the elements, super nitro boosts, and more!

Once you have a car that speaks to you, it is time to hit the tracks. Using the in-game track editor, players can pick up track tiles and arrange them however they like. Want to start off with a bunch of tight turns? You can do that! Or, you can even put in some loops if you are feeling adventurous.

Once you have the track foundation down, make sure you spruce it up with some obstacles like slippery water, liquid hot magma, gunky mud, and more! You have to make the course interesting, and the most creative courses will net you more light power.

And to double the fun, RaceCraft features local split screen multiplayer! All you need a friend – no second device required as you both race on the same screen using the simple one-touch controls. Show off your best courses to your friends!

RaceCraft is available now on the App Store and Google Play Store.