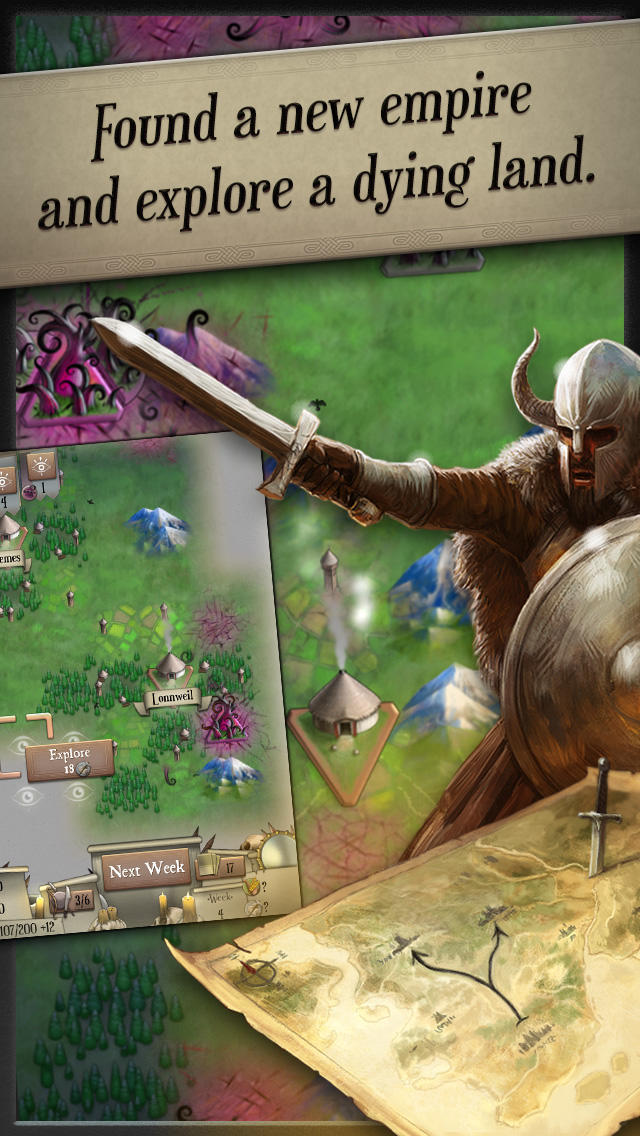 iOS games enthusiasts surely know about Burgun who has released some successful games like the dungeon crawler 100 Rogues, developed together with another team. The man is also at work on the sequel to 100 Rogues, called Auro.

In Empire you will be taking control of a people facing destruction. Humanity has gone way too far in taking resources from the planet and a race of terrible monster is also intent on destroying whatever remains of the small population.

The best thing to do in these cases is trying to expand beyond the boundaries of the known world in search of new resources and peaceful lands. And this is what players will have to do in Empire. The whole game will be played with the use of cards so gamers that have played other games of the same genre probably know how things will work in Empire.

The Crazy Monkey Studios’ game goes back to the roots of the 4x genre but also adds some interesting twists that make it stand out from the competition. With the whole cards collecting aspect being present in full force, you’ll definitely have your hands full with the game for quite a long time.

Empire is now available for download on the App Store. The game will cost you 2.99$. You can check out a trailer for the game right below.