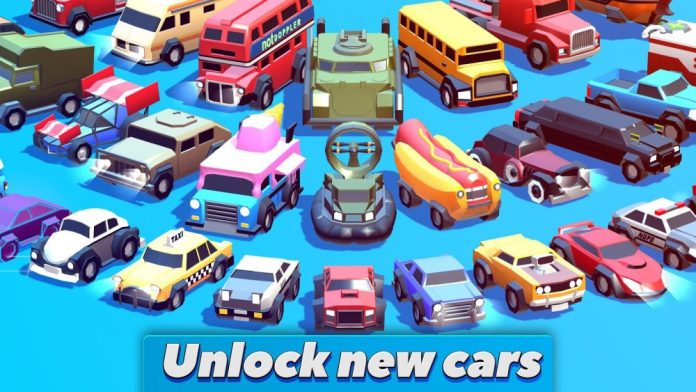 Last week, we shared some useful Crash of Cars tips and tricks with you. But we kept playing the game and discovered that many of the cars in the game have special abilities. We’ve decided to share with you a complete guide to these abilities and let you know which cars are actually better than others in the game.

Basically, all Epic and Legendary vehicles have special abilities and can do wonders in the right hands. Also, regular cars can get better if you draw a double, although this still doesn’t make them as good as the rare ones. Read on to find out everything about the special vehicles in Crash of Cars, what they do and how to upgrade your cars.

First, we’ll start with a list of the Epic and Legendary cars and their “superpowers”:

Bumper Car: Small and Nible. Haven’t unlocked it yet, so we don’t know what the superpower does.

Firetruck: shoots water at the flamethrower, making it useless. A great power since the Flamethrower is one of the best weapons in the game.

Hovercraft: Can hover above water for 5 seconds. This can prove extremely useful if you want to get rid of a car that follows you closely.

Missile Truck: An epic car that shoots 3 missiles from the missile launcher instead of just 1.

Limo: You get side cannons on both sides of the car. Pretty useful in battle!

Ambulance: drops health on the map every 30 seconds. Not necessarily a great car since other vehicles can steal your health.

Pirate Ship: extremely useful superpower that makes all cannon types of boosts to shoot in 360 degrees. This can be really devastating!

Speed: One really useful car once you get used to driving it. It’s the fastest car in the game and that makes it deadly. Just get a flamethrower and catch anybody from behind, then send them to meet their maker. Perfect car and one of our favorites!

Tank: A great vehicle that helps you last longer in battles since the tank always takes 50% less damage from everything. And it looks scary, too.

But what happens if you draw a car that you already have? Well, good things happen: your existing car gets an upgrade and it earns an extra shield on top of its health bar. So it’s useful to keep playing and keep drawing cars even if you found your favorite. You don’t know how the game changes or how a duplicate car makes a vehicle worth playing.

Do you have other tips or tricks for fellow Crash of Cars players? Let us know by commenting below! 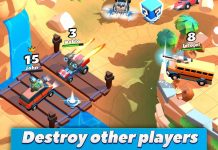